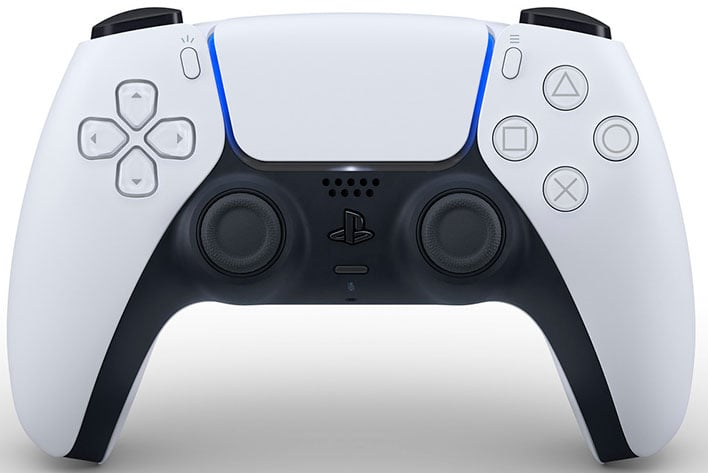 We already know what Sony's next generation DualSense 5 game controller will look like (see above), but what about the actual PlayStation 5 console that will arrive by the end of the year? Will it sport the same (or similar) futuristic design as the development kits? We'll only know when Sony gives us a proper reveal, and that might be happening very soon. As in, just a few weeks from now.
Nothing is confirmed, but there are bits of evidence pointing to a reveal happening in June. Over on the ResetEra forums, GamesBeat reporter Jeffrey Grubb recently said "something is happening June 4," and that it is "next-gen games related."
"People are saying Sony could still announced hardware before that are absolute right," Grubb added.
There is a bit of a rabbit hole to traverse here, which takes us to Twitter where Jason Schreier, who is soon to be a report at Bloomberg, answered a question about when Sony will show off actual gameplay on the PS5 just as Microsoft did yesterday with its Xbox Series X.
"Few more weeks I believe," Schreier wrote.
That would put us into June, and if Sony is planning to highlight gameplay footage, it's very possible it will offer up a first look at the actual PS5 console. That's not all. During a recent podcast, Schreier may have let slip some inside information he possesses about a PS5 reveal. He made the remarks in response to a question asking if the recent rumors are credible.
The discussion starts at the 38min53sec mark...


"As far as I know, right now, Sony is still on track to do at least one thing, like, by early June let's say. Or by mid-June, let's say," Schreier said. "I almost don't want to say that, I almost want to take that back because if COVID forces a delay, people are gonna be like, 'But Jason, you said!' So, take this with a giant caveat."
Schreier also followed up on the ResetEra forums, noting he said "there will be something PS5-related by mid-June (unless it's bumped by COVID). I didn't say 'the PS5 event' because I don't know how many things they're doing."

From the outside looking in, there appears to be a lot of smoke, and you know how that saying goes (where there's smoke, there's fire). All we can do is wait and see what develops.