Sony Is Gifting Ratchet & Clank To PS4 And PS5 Owners, Here's When And Where To Claim

The past year has been a difficult one, and in an effort to encourage people to stay inside during the pandemic, Sony in 2020 launched its Play at Home initiative, giving PlayStation 4 owners a pair of free games: Uncharted The Nathan Drake Collection and Journey. Now for 2021, Sony is reviving its Play at Home program with another free title, Ratchet & Clank (rebooted for PS4) by Insomniac Games.
"In these historic times, the team at PlayStation wanted to thank the community by giving something back. These days, we could all use something to look forward to and another reason to stay safely socially distanced, so we are happy to be able to offer a free selection of great games and some entertainment offers," Sony stated in a blog post. 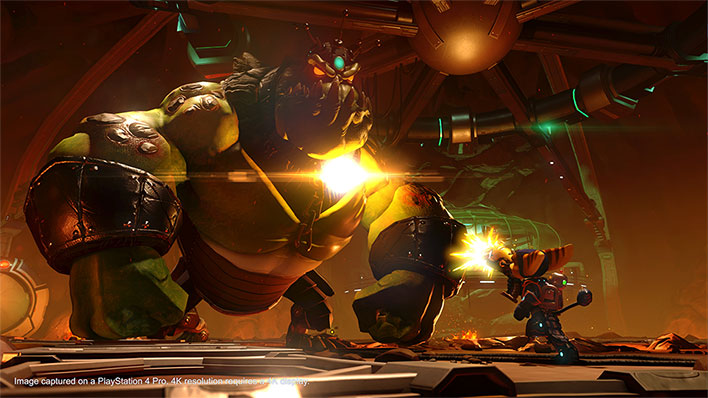 Ratchet & Clank launched in 2016 to mostly favorable reviews. At present, it holds an 85 'critic' score at Metacric, and an 8.5 'user' score. If you missed out, now is your chance to play it for free, on either the PlayStation 4 or PlayStation 5. Well, soon enough, anyway.
Sony will make the game free to claim/download through the PlayStation Store from March 1 at 8:00 pm PT (11:00 pm ET) until April 1. So basically it is up for grabs through for the entire month of March. You just need to have a PlayStation account, though no subscription to PlayStation Plus is necessary. Once you claim the game, it's yours to keep forever.

The timely giveaway comes just a few months before Insomniac Games will release Ratchet & Clank: Rift Apart exclusively to the PlayStation 5. That title is due out on June 11 and promises "a visually dazzling interdimensional adventure fueled by the mind-blowing speed and immersive features." You can pre-order Ratchet & Clank: Rift Apart now for $69.99.
In addition to the free game, Sony has something else up its sleeve, as part of its Stay at Home program. Starting on March 25, Sony is offered extended access for new subscribers to Funimation and Wakanim, a pair of anime streaming services. This will be available for a limited time, though Sony didn't say exactly how long.