Do you own a PlayStation 4 or PlayStation 5 console? If so, then heads up that Sony has unlocked a whole bunch of games you can add to your library at no cost. Heck, even if you don't own one of the aforementioned game systems, it would be worth adding these games while you can, in case you ever do buy a PlayStation 4/5.
All you need is a PlayStation account, which you can create for free. Once you have one, you can head to the PlayStation Store and claim the games Sony is gifting as part of its Play at Home initiative, which is meant to encourage users to stay inside during the pandemic. There are nine games in total, or 10 if you count Ratchet & Clank, which is still free for a few more days.
Here is the full lineup with links to claim each one...
It is a varied mix of games, including a few for PlayStation VR owners (Rez Infinite, Astro Bot Rescue Mission, Moss, and Paper Beast). Almost all of them are single-player titles, save for Enter the Gungeon, which can be played with one or two players.
"This time our focus is a selection of free games from some of our top independent partners, and the previously announced extended trial offer for Funimation (or Wakanim) in the countries where they are available," Sony says. 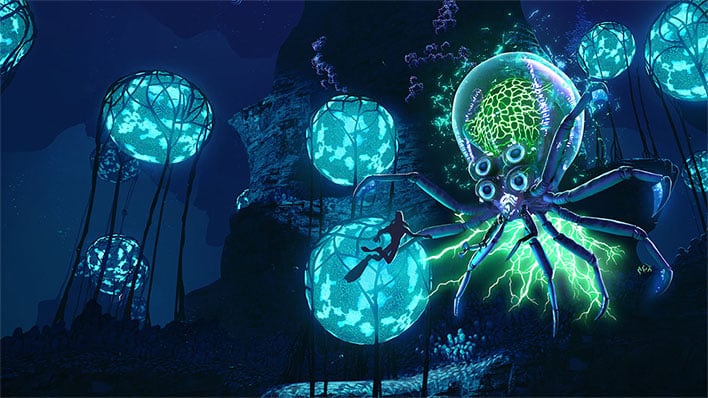 Subnautica - Free at the PlayStation Store

There are some gems within the bunch. One of them is Subnautica, an open world survival game developed and published by Unknown Worlds Entertainment. There are four different game modes, including Survival, Freedom, Hardcore, and Creative.
"After crash landing in your Life Pod, the clock is ticking to find water, food, and to develop the equipment you need to explore. Collect resources from the ocean around you. Craft knives, lights, diving gear, and personal water craft. Venture deeper and further form to find rarer resources, allowing you to craft more advanced items," the developer explains.
Save for Ratchet & Clank, all of the newly unlocked games are free to claim until 8:00 pm Pacific on April 22. Once you add them to your games library, they are yours to keep for eternity.