Sony is betting big against recessionary forces by ordering the production of two million new PlayStation VR2 headsets, according to a report published today. The number may sound rather small in comparison with typical unit sales for consoles, smartphones, and so on, but this is a big bet in the VR space. For gamers that have become increasingly interested in the possibilities offered by VR, Sony’s confidence—in the face of a rough market—makes one think they have something special in the pipeline.
Insiders speaking to Bloomberg said that mass production of Sony PSVR2 headsets began in September. The device is expected to go on sale early next year. If there are any adjustments to be made to the production rate, it will be in the wake of the initial demand.

VR headsets are still far from ubiquitous, even in the most tech friendly households stuffed with gadgetry ranging from PCs, consoles, and all the popular smart devices (phones, tablets, watches, TVs, speakers etc.). Putting the Sony PSVR2 manufacturing order into some perspective, consider that the original PSVR for the PlayStation 4 took eight months to shift a million units. However, Sony is confident enough in the potential popularity of its PlayStation 5 partnering headset to get 2 million ready for launch day.

For some perspective from the wider VR HMD (head mounted display) market, it is probably worthwhile to ponder over shipping numbers for the best-selling Quest 2. The Meta branded Quest 2 has been popular with both reviewers and users, and shipped 2.8 million units in its first quarter, say market researchers IDC. It now dominates with approximately 17 million lifetime sales racked-up.
In the Bloomberg source report, analysts opined that Sony will need to have some killer titles to launch with the PSVR2 and ignite sales. We previously heard Sony aims to have 20+ VR games ready for the launch of the hardware. The coinciding easing of the PlayStation 5 supply chain, which has been quite badly congested for months, should help oil the wheels of sales. 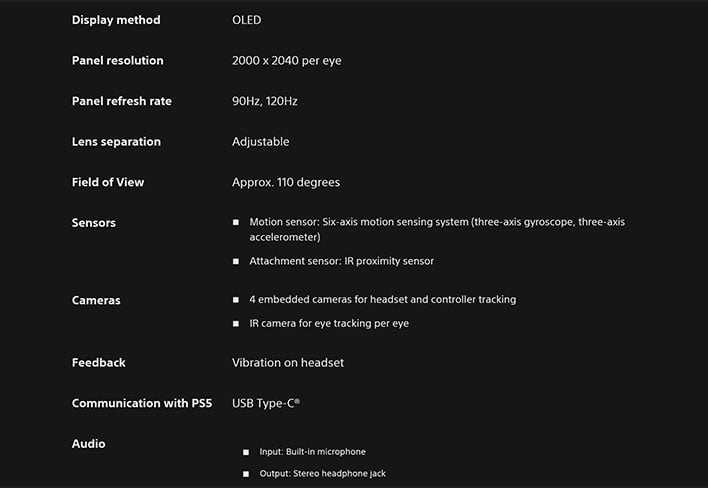 The PSVR2’s specifications are expected to be pretty awesome, with 4K HDR OLED displays, 120Hz refresh rates, and refined controllers. The advanced graphics of the PlayStation 5 will be well served by the new hardware but there are worries that the relatively high specs of the PSVR2 will mean it will be pricier than its predecessor's $250 asking when it emerges in “early 2023.”