Two years ago, SK hynix made a splash in in the storage scene with its Gold P31 SSD family, which at the time was the first to incorporate 128-layer NAND flash memory. Fast forward to today and SK hynix is looking to cannonball into the super high-speed storage sector with its Platinum P41 line delivering sequential read of speeds of up to 7,000MB/s.
You may recall that SK hynix actually announced the Platinum P41 series at the Consumer Electronics Show (CES) earlier this year. The consumer market's cupboard for high-speed storage is not exactly bare, but it's notable when a major manufacturer of NAND flash memory chips enters the fray. That's what we have with today's retail release. 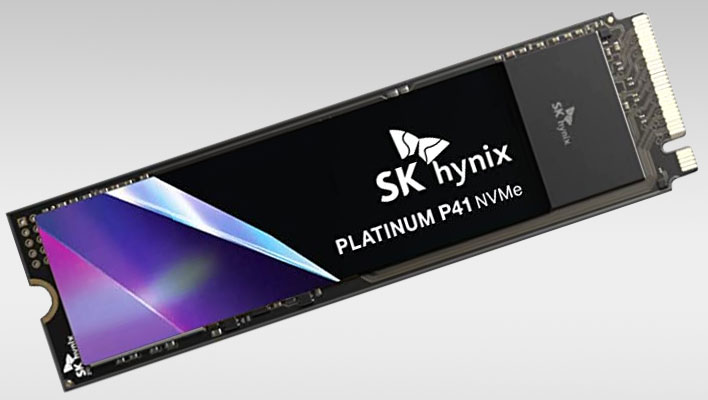 These are the capacities and prices that are available...
As expected, SK hynix is going totally in-house with this series. The Platinum P41 SSDs mate SK hynix's own 176-layer 3D triple-level cell (TLC) NAND flash memory chips with its Aries controller, which is also the company's first PCIe 4 controller. To top it off, these drives feature a DRAM buffer from SK hynix's own LPDDR4 memory.
Regarding the memory, there are other SSDs that use 176-layer chips, but this is the first drive series to leverage ones from SK hynix. 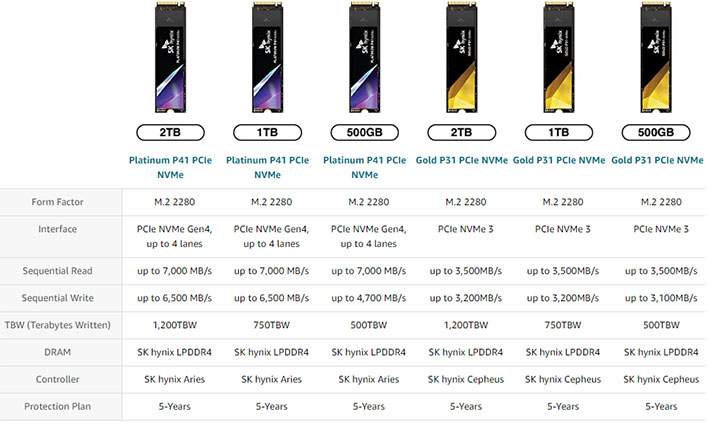