It's predicted that this year's Cyber Monday shopping frenzy will set a sales record as retailers offer up aggressive discounts on all kinds of items. Whatever you're looking to buy, it's probably marked down today. That includes a plethora of storage and memory cards from SanDisk and Western Digital for your Nintendo Switch and other game consoles, as well as your PC.
Let's talk about the Switch for a moment. It's pretty easy to fill up the built-in storage on your Switch console with digital downloads. Fortunately, the Switch supports a range of memory cards (microSD: up to 2GB; microSDHC: 4GB-32GB; microSDXC: 64GB and above). They must be UHS-1 compatible with transfer speeds of at least 60MB/s (the faster, the better).
You can take out the guesswork by buying an officially licensed memory card. To that end, you can score a 512GB SanDisk microSDXC card for $79 at Amazon today (save $50.99). This one is themed after Animal Crossing. Not that you'll see what it looks like once you shove into your Switch, but more importantly, it offers a big storage upgrade with read and write speeds rated for up to 100MB/s and 90MB/s, respectively. 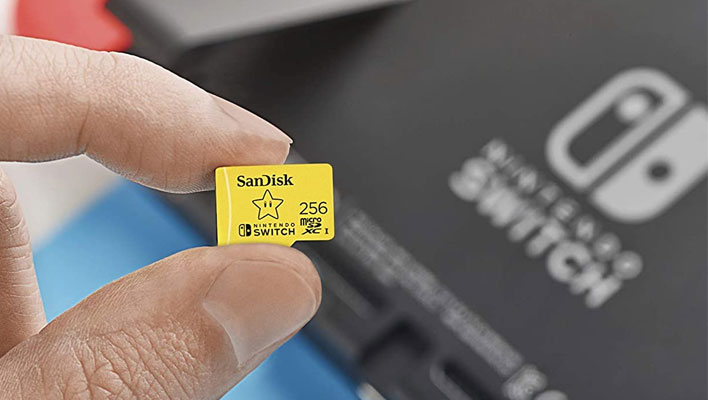 If you don't need that much storage for your Switch console, you can snag a SanDisk 256GB microSDXC card for $36.87 at Amazon (save $16.12) during Cyber Monday. This one is also officially licensed for the Switch and sports a bright yellow theme with a Super Star imprinted on it.
Other than the capacity, the specs are the same as the green card above—it's rated to deliver read speeds of up to 100MB/s and write speeds of up to 90MB/s.
As to how many digital games you can squeeze onto a 256MB card, it varies depending on the titles you download. For example, Pokemon Violet requires 7GB while Sonic Frontiers consumes 10.4GB. Meanwhile, Super Smash Bros. Ultimate takes up 17.3GB. So using those three titles as baselines, you're looking at around 15-25 games. 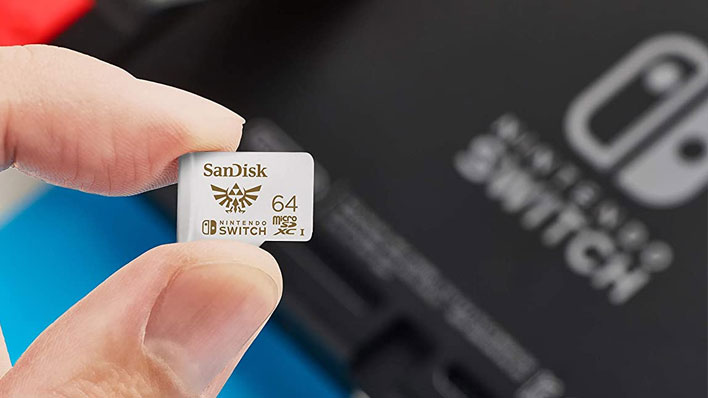 Here are some other SanDisk memory card deals... 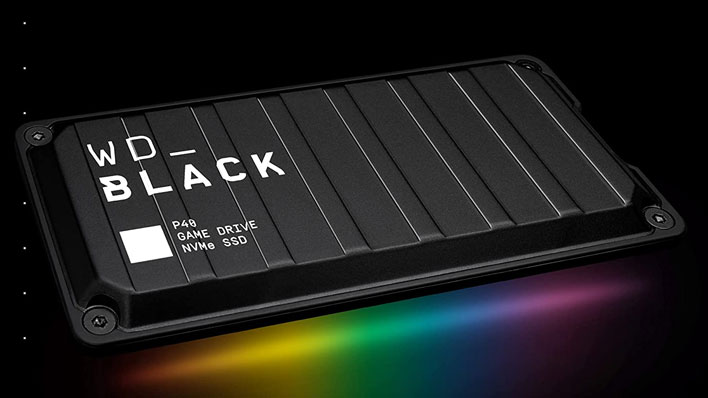 In addition to microSDXC memory cards, there are also a range of Cyber Monday deals on external storage drives, such as the WD Black 1TB P40 Game Drive SSD—it's priced at $104.99 at Amazon today (save $75). Tucked inside is a 1TB NVMe SSD that, when combined with a USB 3.2 Gen2x2 interface, is rated to deliver read speeds of up to 2,000MB/s.
This is an easy way to add bulk storage to your PC or game console, and have it serve as an external and portable games library. To that end, it's compatible with the PlayStation 5 and Xbox Series X|S, as well as previously generation PS4 and Xbox One systems.
Here are some more portable drive deals, as well as a few internal SSD bargains...
As always, be sure to visit HotHardware often as we'll be rounding up the best deals throughout the holiday season (and beyond).