An Earth Trojan asteroid has been confirmed by scientists, and it doesn't appear to be going anywhere anytime soon. The asteroid is more than a kilometer wide and is only the second known of its kind orbiting along with Earth around the Sun, and is the bigger of the two.

Scientists in Chile using the SOAR Telescope, part of the Cerro-Tololo Inter-American Observatory, have aided astronomers in confirming the existence of asteroid 2020 XL5, the second-known Earth Trojan asteroid. 2020 XL5 is the largest one found to date, and is more than a kilometer wide. The first that was found is asteroid 2010 TK7, and is estimated to be less than 400 meters or yards across.

"Trojans are objects sharing an orbit with a planet, clustered around one of two special gravitationally balanced areas along the orbit of the planet known as Lagrange points," states Cesar Briceno of NSF's NOIRLab, and author of one of the papers that was published yesterday in Nature Communications.

The latest Trojan asteroid was first discovered on December 12, 2020, by the Pan-STARRS1 survey telescope in Hawaii. Researchers found that it was about 1.2 kilometers (0.73 miles) in diameter, which is about three times as wide as the first (2010 TK7). When the Trojan asteroid was first discovered, its orbit around the Sun was not known well enough to determine whether or not it was just a near-Earth asteroid crossing our orbit, or if it was in fact a true Trojan. However, the latest findings seem to confirm its existence being that of a Trojan asteroid. 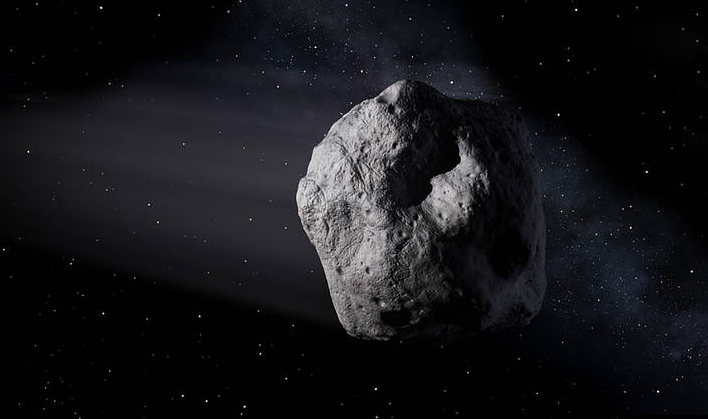 It is very difficult to find these types of asteroids, because observations must be made close to sunrise or sunset with the telescope pointing near the horizon, through the thickest part of the atmosphere. This also means that there could be more of these types of asteroids out there that have yet to be discovered, due to the poor seeing conditions. SOAR was capable of pointing down to 16 degrees above the horizon, while many other 4-meter, and larger, telescopes are not able to aim that low.

"These were very challenging observations, requiring the telescope to track correctly at its lowest elevation limit, as the object was very low on the western horizon at down," says Briceno.

Discoveries of this type of asteroid are very valuable to scientists. Asteroids are made up of primitive material dating back to the creation of the Solar System, and could hold some of the building blocks that formed our planet. So, having one that is in the same orbit of Earth could provide an extremely attractive target for future space missions. And with findings also pointing to the fact that it should remain in orbit along with Earth for another 4,000 years, it should provide ample time for space explorers to make their way to it.

"If we are able to discover more Earth trojans, and if some of them can have orbits with lower inclinations, they might become cheaper to reach than our Moon," says Briceno. "So they might become ideal bases for an advanced exploration of the Solar System, or they could even be a source of resources."