Big TV Savings, Some Over 50 Percent Off With These 4K HDR Smart TV Deals

I remember buying a big screen TV back in the day and not being overly fazed by the fact that it was nearly as big as a Buick. This was before thin LCD screens had permeated the market. It's quite the different landscape now, and prices are a lot cheaper, too. If you have not shopped for a TV in a bit, good news, you can upgrade to a fancy new model with various bells and whistles for cheaper than ever before.
To help you do just that, we have rounded up a handful of big screen TVs that are currently on sale. Show above, for example, is a JVC 4K Roku Smart TV (LT-70MAW795) for $529.99 on Walmart. Forget about squinting to see the action, because 70 inches of diagonal screen real estate is easy on the eyes, even if they are not what they used to be.
JVC's 70-inch model also boasts a built in Roku player. This puts a bunch of streaming content right at your fingertips, with quick access to services like HBO Now, Hulu, Netflix, Amazon Prime Video, YouTube, and more. 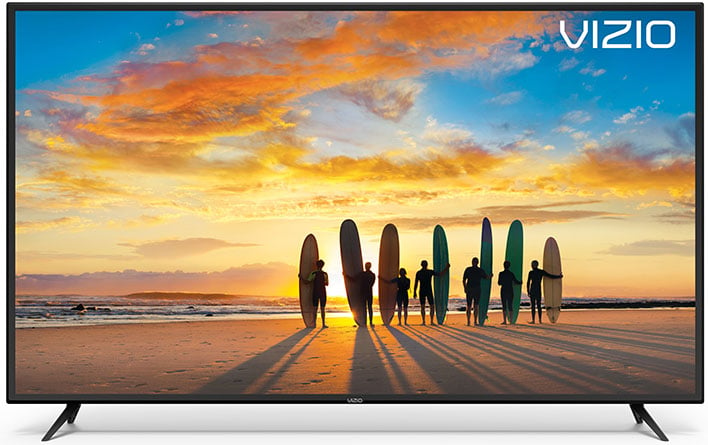 If you want to go even bigger, you can do so without having to spend a king's ransom. Underscoring just how much TV pricing has fallen in recent years, Vizio's 75-inch V-series 4K HDR TV (2019 model) is on sale for $799.99 at Walmart. That's almost $200 below its list price, and is incredibly inexpensive for such a large display.
Not only does this one up the ante with a few more inches of real estate, it also tosses HDR support into the mix. And on the smart side of the equation, it boasts a built-in Chromecast for your streaming chores. It's also worth noting that Vizio recently updated many of its smart TVs (this one included) to work with Apple AirPlay and HomeKit. 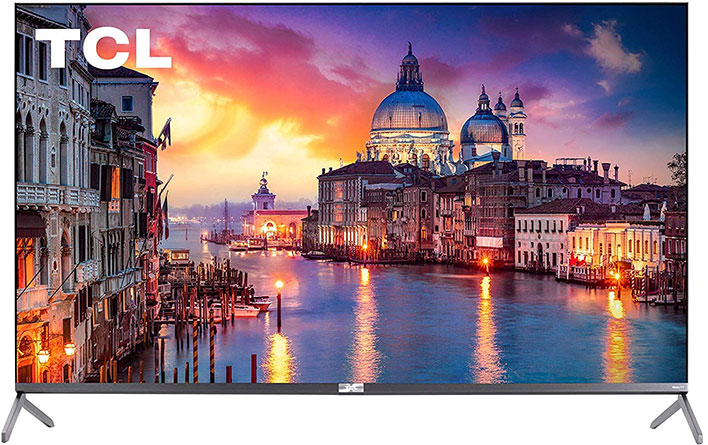 TCL has been increasing its presence in the big screen TV scene, the the TCL 65-inch 4K QLED HDR Roku smart TV can be had for $799.99 at Amazon right now (saving $300). It's not quite as big as Vizio's 75-inch model above, and its priced the same, but it uses quantum-dot technology for better image quality.
HDR support and a built-in Roku player are both featured here, and there is an automatic game mode that adjusts the picture and lowers latency when playing video games. 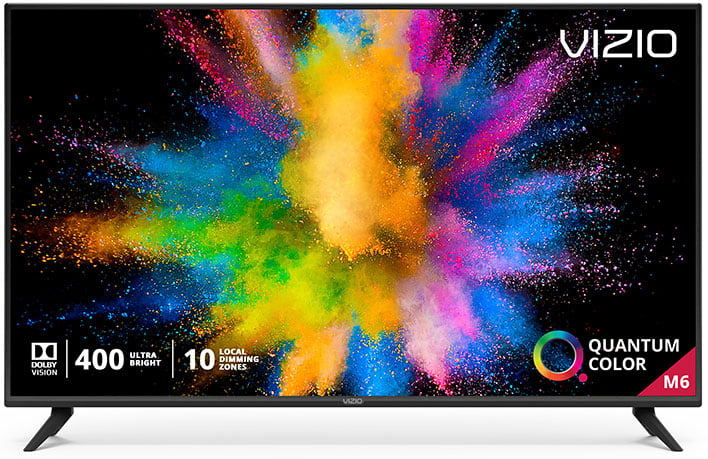 Don't have room for a massive TV? That's okay, because there are deals to be had on smaller models as well, including Vizio's 55-inch M-series Quantum 4K HDR smart TV—it's $378 at Walmart. That's a savings of $120, and it matches the Black Friday pricing on this model. So, if you missed out during the previous sales bonanza, here's your chance to take a mulligan.
The M-series is Vizio's mid-range lineup. These offer more lighting zones than the entry-level models (this one has 10 of them), and the use of quantum-dot technology produces an excellent picture. It's still not on par with a much more expensive OLED screen, but very good overall. This one also has Chromecast built into it, along with support for Apple AirPlay and HomeKit.
Here are some other TVs that are on sale for $400 or less...
Pay attention to the specs when shopping these models, and specifically note that some come with HDR support while others don't. Also, two of the models are not 4K (one is 1080p and the other is 720p). Generally we recommend buying a 4K set, though you can save money by going with a smaller resolution.
Happy shopping, folks!