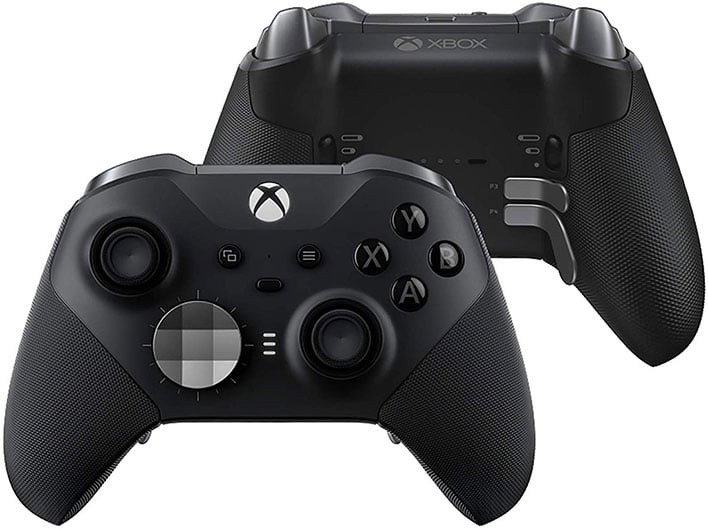 Would you like to hear something controversial? Here goes—Microsoft's Elite Series 2 is the greatest game controller ever made! Not everyone feels that way, of course, particularly fans of Sony's DualShock design. Some may even consider the Dreamcast controller from yesteryear to be the greatest. Debate away if you must, but here's something less controversial—you can save $20 on the Elite Series 2 right now.
While normally priced at $179.99, you can snag the Elite Series 2 for $159.99 on Amazon, if you are a Prime member. I know, I know, the discount does not make it a cheap controller by any means. But so it goes with luxury items, of which this qualifies. It's also only been on the market for just over two months, having launched at the beginning of November, and this is now the cheapest price around (for new, not used).

The Elite Series 2 is the same shape as the regular Xbox One controller, but offers a bunch of goodies you won't find on cheaper models. For one, you can adjust the tension of the thumbstick. The Elite Series 2 also offers three levels of trigger depth, metal paddles, the ability to save custom profiles, and various other adjustable and non-adjustable bits (like profiles and a rubberized grip).

You can use the Elite Series 2 with both the Xbox One and Windows PCs. Additionally, the fancy controller will work on Microsoft's Xbox Series X when it releases at the end of the year, so you don't have to worry about your pricey purchase being left behind.
The controller comes with a case, which itself sports a pass-through port for the included USB-C cable (so you can charge the controller while storing it). According to Microsoft, it lasts for up to 40 hours per charge.
To take advantage of this deal, follow this link or mash the one in the Via field below. Note that the discount shows up at checkout.