BREAKING - Samsung has just officially confirmed the date for its upcoming Samsung Unpacked 2023 event. Which means it won't be long before all the rumors can more than likely be put to rest surrounding the upcoming Samsung Galaxy S23 lineup of smartphones.

Leaks have been pouring in concerning the upcoming Samsung S23 family of smartphone. From a new line-up of colors to yet-to-be-released specs, the rumor mill has been churning leading up to the Samsung Unpacked event. Well, the wait will more than likely soon be over, as the tech giant just announced Tuesday that the much-anticipated event will take place on February 1, 2023.

One of the most prominent rumors has been what colors will be available with the new S23 lineup. It has been reported that the S23 variants will have signature colors of pink and green alongside the more standard black and white color schemes.

A tweet from Snoopy Tech claims that the S23 may actually see four color variants: Cotton Flower, Misty Lilac, Botanic Green, and Phantom Black. It could not be verified, however, if the colors were official or concept models only. 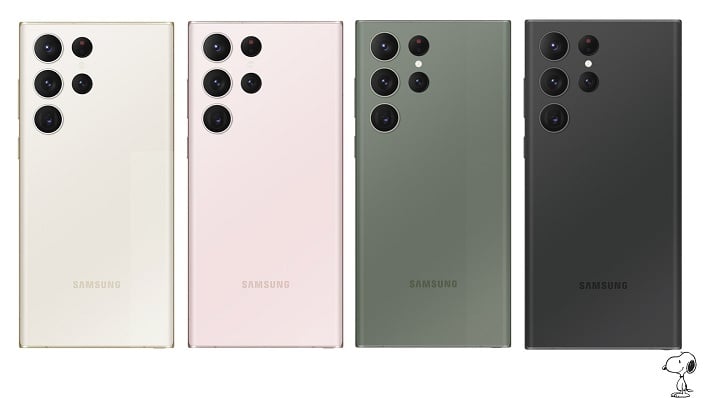 As for specs, reports have stated that the S23, S23 Plus, and the S23 Ultra Super AMOLED screen brightness will be 1750 nits across the lineup. The smartphones are said to have a square body design, with a flatter display and higher base storage capacity. One insider has said that the S23 family will have a base 256GB of storage, instead of the previous 128GB. This is good news for all those who take a lot of high-res photos and videos on their smartphone.

There is a no-commitment offer, which means customers only need to provide their name and email address to reserve their device(s).

Be sure to tune into the Samsung Unpacked event on Wednesday, February 1, 2023, at 10am PT. It will be live-streamed on Samsung.com.