Samsung is one of the leaders when it comes to advancing TV display technology. The South Korean company has been touting its MicroLED technology in its ultra-expensive "The Wall," which measures up to 292 inches diagonally. However, most of us mere plebeians don't have enough wall space (or the bank account) to accommodate such televisions in our homes.

As a result, MicroLED technology is filtering down to smaller and more affordable TVs from Samsung. The company says that its edge-to-edge TVs will be available to purchase in 110- and 99-inch sizes starting this month. A smaller 88-inch display will launch later this fall, while an even smaller 76-inch model is in Samsung's "future roadmap."

In addition to using MicroLEDs for greater control of backlighting, all the TVs will support 4Vue technology, which will allow users to watch up to four content sources at the same time. 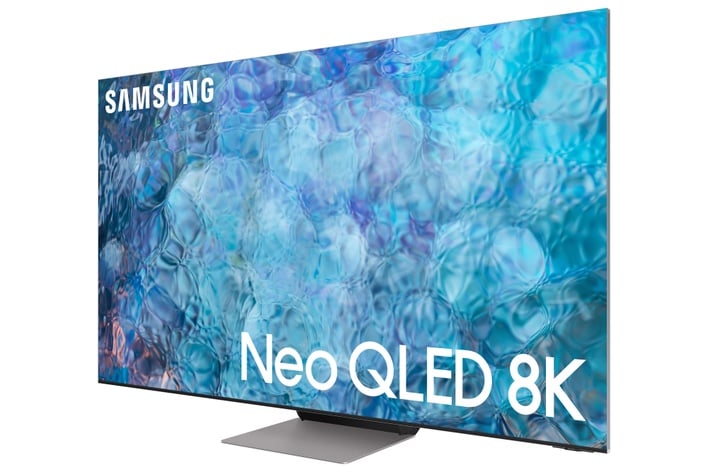 But that's not all; Samsung has announced the impending availability of Neo QLED 8K TVs (QN800A and QN900A families) in 85-, 75-, and 65-inch screen sizes. All these sizes will be available this year, and Samsung has plans to downsize even further to 50 inches at a later date. Samsung says that the TVs are certified to work with Microsoft's Xbox Series X console and offer support for 120fps playback with a 5.8ms response time.

"At Samsung, we're proud to constantly innovate to improve consumers' everyday lives. Over the past year, technologies that were once 'nice to have' became a need, as our homes became offices, schools, gyms, and more," said James Fishler, SVP for Samsung's Home Entertainment Division. "The role of the TV in our lives has grown—and in 2021, Samsung continues to redefine the role of TV around the needs and passions of consumers."