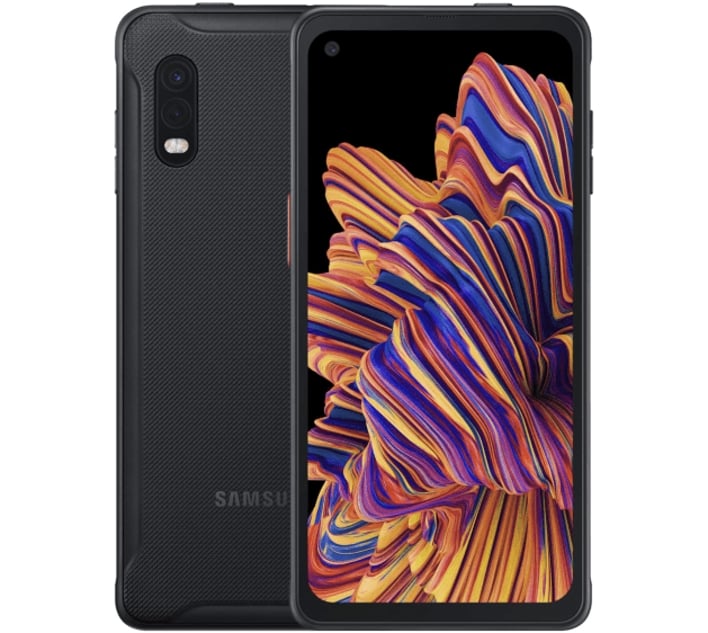 It's been a while since we've covered a rugged smartphone from Samsung, but out of nowhere, the South Korean company has launched a new entry called the Galaxy XCover Pro. While most of Samsung's smartphones these days feature exteriors that are adorned in machined aluminum and glass, the Galaxy XCover Pro has a rubberized, rugged exterior that while still handsome is MIL-STD-810 certified and IP68 rated for dust/water resistance.

The device comes equipped with Samsung's own Exynos 9611 SoC, 4GB of RAM, 64GB of internal storage, and a microSD slot -- that right there should tell you that this is more of an entry-level to mid-range smartphone rather than something with flagship-caliber specs. It also incorporates a 6.3-inch display with a 20:9 aspect ratio.

Speaking of the display, there's a punch hole cut-out in the top left-hand side that accommodates the 13MP selfie camera. Out back, you'll find dual shooters: a 25MP wide-angle sensor and an 8MP ultra-wide-angle sensor.

When it comes to power, the Galaxy XCover Pro features a 4,050 mAh battery that supports 15W fast charging. But unlike just about every other smartphone currently available, the Galaxy XCover Pro's battery is actually removable and user-replaceable. So, if you're out in the field and don't have access to power outlet, you could bring along a couple of spares to keep motoring through the day.

The prevalence of portable battery packs has somewhat alleviated the need for removable batteries in smartphones, but it's nice to see that Samsung is at least giving users the option if they choose to go that route.

According to report, the Samsung Galaxy XCover Pro will be available in Europe priced at €499 starting in February. There's no word at this time on if the device will make it to the United States... at least officially.