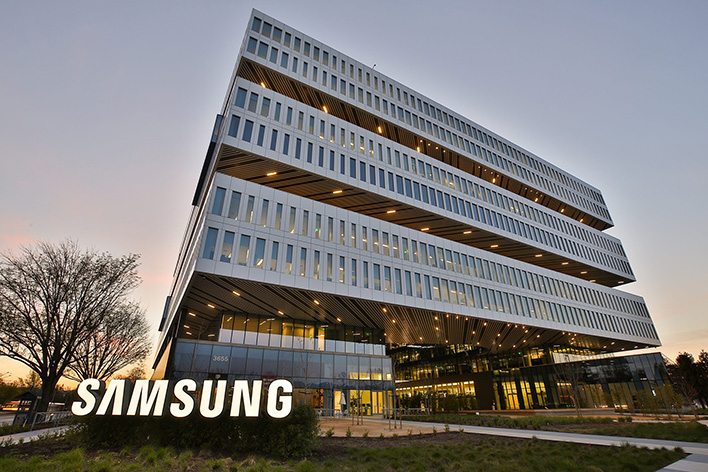 It is not a foregone conclusion that NVIDIA will end up acquiring Arm, a move that would send shockwaves through the technology industry. That's because NVIDIA may not be the only suitor. Samsung is reportedly interested in buying a stake in Arm as well, albeit a relatively small one (as opposed to acquiring the company outright).
Arm's parent company, Softbank, is shopping the semiconductor designer around, and may have multiple suitors. And with good reason—Arm's intellectual property is found in a wide range of designs and hardware in almost every home. From smartphones to a growing base of Internet of Things (IoT) devices, and even computer servers, Arm's technology is practically everywhere these days.
So it's easy to see why Samsung would be interested in acquiring a stake, as it reportedly is, according to The Korea Times.
"Samsung Electronics is considering acquiring a small stake in Arm, which will be between 3 percent and 5 percent," a top industry official told the media outlet. "Arm will be acquired by a consortium led by multiple parties from the semiconductor industry given the complex nature of Arm shareholding structure."
While a relatively small stake overall, that could still amount to a sizeable investment. As a rough point of reference, Samsung paid around $642 million for a 3 percent stake in ASML Holdings eight years ago. It's not clear how much SoftBank is asking for Arm, in whole or in pieces.
"As seen in Samsung's previous equity purchasing in ASML, Samsung will likely try to acquire equities in Arm. As Samsung could solidify its partnership with ASML after the equity acquisition, Samsung expects it can reduce its licensing fee expenditure by securing equity in Arm," the official added.
Like practically every other semiconductor player, Samsung already has ties to Arm. Its home grown Exynos silicon is based on Arm's architecture, as well as the Qualcomm Snapdragon processors that it plops into many of its smartphones. Samsung pays a royalty to Arm for using its designs.
Samsung's interest certainly shakes things up. It has the cash to purchase a stake in Arm, as does NVIDIA, though the latter would inevitably have to clear regulatory hurdles in the US and abroad if it were to seek a complete buyout. Still, it was recently reported that NVIDIA's negotiations to acquire Arm were heating up. We'll have to wait and see what happens.

Updated 8/4/2020 @ 9:01pm
Samsung has issued a statement simply saying that report that it is looking to join other tech firms to jointly acquire Arm Holdings is "groundless"