Samsung device owners have been waiting with bated breath to get a revamped One UI operating system for their Galaxy devices. Based on Android 12, the first official One UI 4 updates had already begun to roll out when Samsung had to bring it to a halt. Finally, though, Samsung has resumed its rollout. Samsung One UI 4 features a completely revamped user interface, offering newer and more sophisticated widgets. Dark Mode is improved, along with the Always-On Display functionality. The Material-You-inspired Color Palette feature is also updated.

After the public beta ended and the first Galaxy devices got the One UI 4 update, a number of bugs reared their ugly heads. Some Galaxy Z Fold 3 and Galaxy Z Flip 3 owners reported that the update put their phones into recovery mode, soft bricking the devices.

Others experienced poor performance, screen flickering, and dark mode not working properly. Issues also came up with the Dual Messenger feature not working with some apps, a broken camera app, and problems taking screenshots or accessing Netflix or YouTube. 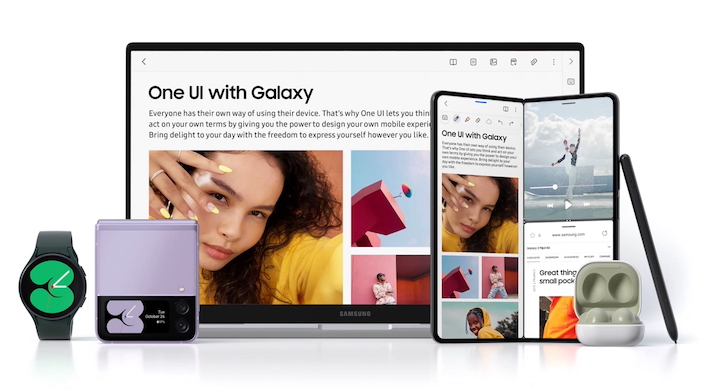 Samsung halted the rollout, opened another round of beta testing, and tried to prepare another stable release to fix the issues. That didn’t work to plan, unfortunately, so it has taken longer than expected for Samsung to squish these bugs. As of today, however, Samsung seems to have it all patched up.

In the US, Verizon has already begun issuing the new release for Galaxy Z Flip 3 and Galaxy Z Fold 3. You can check for the update by going to Settings > Software Update, then tapping Download and Install. Other carriers could begin releasing the update to devices on their networks.