Now, Samsung is delving a little deeper into the ray-tracing capabilities of the upcoming [alleged] Exynos 2200. The company posted comparison images to its Weibo page, which shows a game scene rendered with and without ray tracing enabled. With the shot taken from a device powered by an Exynos SoC, we see enhanced lighting effects with the flames under the tank and the building in the background. However, inexplicably, a car set ablaze in the Exynos shot is completely removed from the "standard" GPU shot. 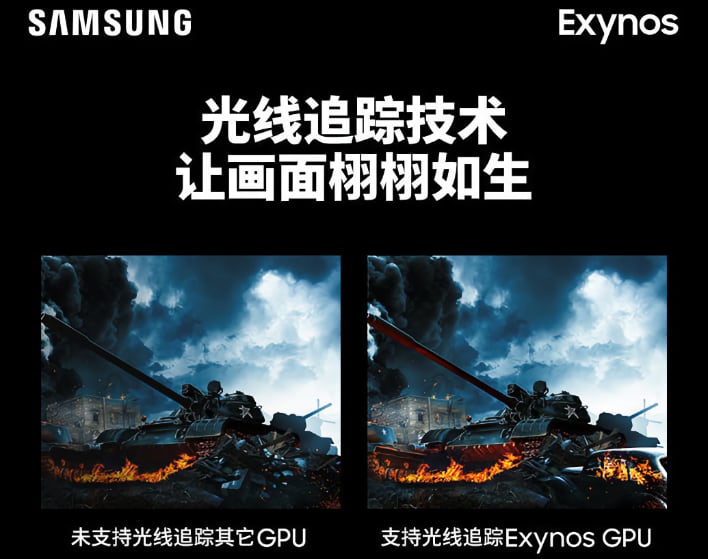 Unfortunately, Samsung's sample shots here are relatively small, and we can't perform any close-up analysis of the scenes. In addition, real-time ray tracing requires some beefy hardware on the PC side to achieve in games, resulting in a dramatic drop in framerates when enabled. Given the strict power demands in a mobile form factor, it will be interesting to see just how much of a difference ray tracing will make for smartphone gaming.

According to the most recent leaks, the Exynos 2200 has a single Cortex-X2 core clocked at 2.9GHz, three 2.8GHz high-performance cores, and four 2.2GHz efficiency cores (all likely using Armv9 architecture). In addition, the RDNA 2-based GPU is also reportedly clocked at 1.25GHz. 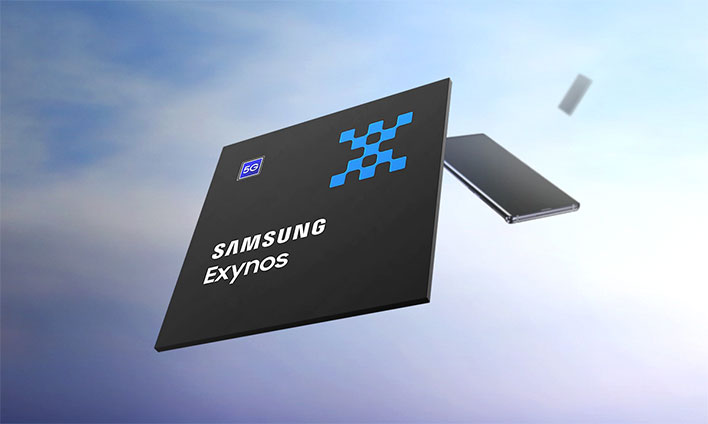 The first device to likely use the Exynos 2200 will be global versions of the upcoming Galaxy S22 flagship smartphone. Samsung is expected to launch the Galaxy S22, Galaxy S22+, and Galaxy S22 Ultra sometime in January 2022.

The Exynos 2200 will enter a crowded field in the next-generation flagship SoC space. Apple kicked things off with the A15 Bionic in the iPhone 13, and Google's new Tensor SoC will power the Pixel 6 and Pixel 6 Pro. And we can't forget that the Qualcomm Snapdragon 898 will power most flagship Android smartphones in 2022.