The next generation of Samsung foldable devices will soon be in your hands. Samsung just officially announced their new Galaxy Z Fold 2. The device features a refined design, better multitasking capabilities, and easier ways to capture content.

The Samsung Galaxy Z Fold 2 includes a Qualcomm Snapdragon 865+ SoC and 12GB RAM with 256GB internal storage. The unfolded main screen is a 7.6”' QXGA+ Dynamic AMOLED 2X Infinity Flex Display with a 120 Hz refresh rate while the cover display -- which is used when the device is folded closed -- is a 6.2” HD+ Super AMOLED Display. The unfolded device has a hole punch selfie camera and “minimized” bezels. The 6.2” cover screen allows users to check their email and messages or even watch content without needing to unfold the device. The unfolded 7.6” main screen is intended to provide users with “smooth scrolling and gameplay.” The device’s speakers were especially created with gaming in mind and feature the “best dynamic sound available on a Galaxy device to date.” 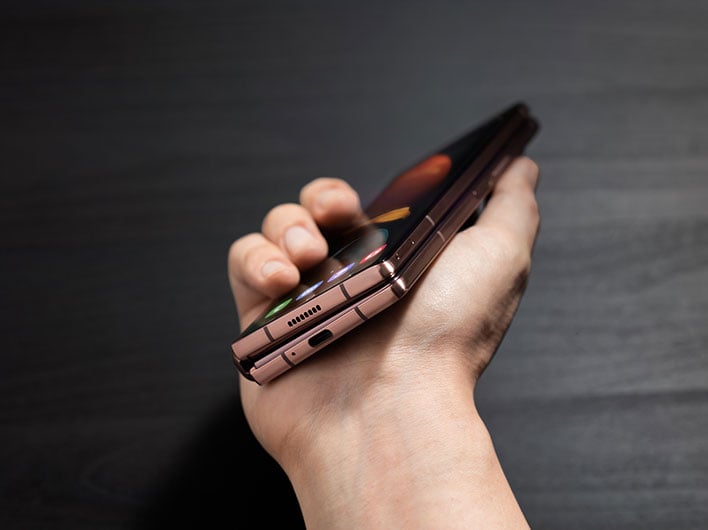 The device incorporates a 4500mAh dual battery and is fast-charging compatible. The rear triple camera includes 12MP ultra wide, 12MP wide-angle, and 12MP telephoto cameras, while the front camera is a 10MP selfie camera. Samsung has also added several new features to make it easier to capture and edit photos. “Capture View Mode” allows users to view up to five of their most recently taken captures on the bottom half of the screen and a preview of their next photo on the top. Users can also simultaneously utilize the main and cover screen so that both the photographer and subject can view the photo at the same time. There are modes like Pro Video mode, Single Take, Bright Night, and Night Mode to further enhance users’ photography.

The Samsung Galaxy Z Fold 2 features “optimized” app displays and app interactions. Users will be able to easily transition between a full, unfolded screen and a folded, cover screen while using various apps. Multi-Window Tray and App Pair permit users to open multiple apps and drag and drop text and other information between them. 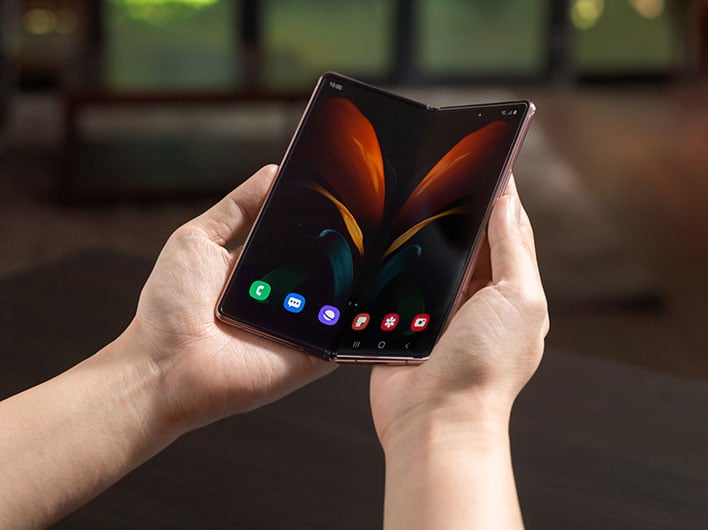 Samsung has worked to improve perhaps one of the most important aspects of a foldable device-- the hinge. The “Hideaway Hinge” allows the device to stand freely on its own and enter Samsung’s “Flex Mode.” The device also features “sweeper technology” which helps repel dust and dirt in the space between the device’s body and hinge.

The Samsung Galaxy Z Fold 2 will be available in the United States on September 18th, 2020 priced at $1,999.99 through carriers and unlocked. Pre-orders begin tomorrow at 12:01 am EDT. It will come in two colors-- Mystic Bronze and Mystic Black. Users will also be able to customize their hinge color at Samsung.com with the colors Metallic Silver, Metallic Gold, Metallic Red and Metallic Blue. Users can pre-order the the Galaxy Z Fold 2 Thom Browne edition as well. Its color design features a “geometric grey and signature multicolor stripe” that is “complemented by a grosgrain pattern.” This particular package will include the Galaxy Z Fold 2, Galaxy Watch 3, Galaxy Buds Live and be available on September 25th. Pricing for the device has not yet been announced.