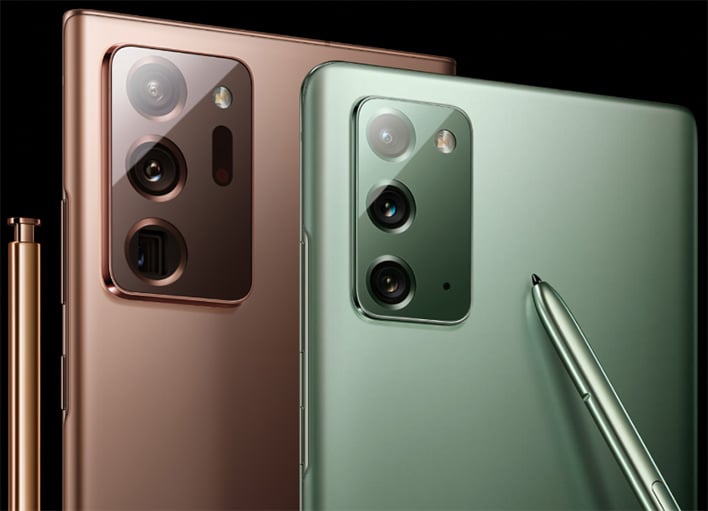 The Galaxy Note 20 Ultra 5G is Samsung's most powerful phone yet, but it could also be the last in the line of Galaxy Note handsets, if the latest report out of Korea turns out to be accurate. It states that S-Pen support is headed to Samsung's next-generation Galaxy S21 phone, which would render another Galaxy Note device redundant.
According to the report, the Galaxy S21 is currently known by its internal codename called "Unbound." It says there are three models currently in development, those being the M1, N2, and O3. Those monikers presumably align with the Galaxy S21, Galaxy S21+, and Galaxy S21 Ultra 5G, respectively, if Samsung is to recycling its same naming scheme from the current generation.
It's said that S-Pen support would be reserved for the top-end SKU, the Galaxy S21 Ultra 5G. If that comes to pass, it would be the first time ever that a Galaxy S device would work with an S-Pen accessory, as it has been a staple of the Galaxy Note since its introduction into the Galaxy family way back 2011. So, why the apparent change?
When the Galaxy Note first arrived on the scene nearly a decade ago, it blazed a trail into so-called phablet territory, bridging the gap between smartphones and tablets. The original Galaxy Note boasted a 5.3-inch display, which was considered big at the time.
Samsung correctly surmised there was a market for larger size smartphones, and in the years since then, bigger displays have become commonplace. And with the latest generation of Galaxy phones, the S-Pen stands as the main differentiator between the Galaxy S20 series, which is available with 6.2-inch, 6.7-inch, and 6.9-inch display options, and the Galaxy Note line, which ships with 6.7-inch and 6.9-inch display options.
While not confirmed by any stretch, Samsung's potential move to bring S-Pen support to its top Galaxy S SKU makes a lot of sense. Unlike years past, there is not much that separates the Galaxy S and Galaxy Note families. However, there is a clear distinction between the Galaxy S and Galaxy Z Fold, so Samsung could continue to offer two different product lines with different features.