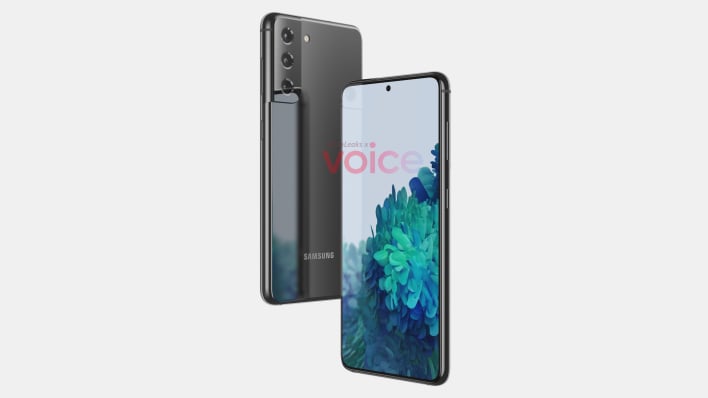 Since August, there have been rumblings of the next Samsung Galaxy device in the works. Previously, we heard of the S-Pen making its way to the next high-end Galaxy "S" phones, and then Samsung began mass production of 16Gb LPDDR5 memory for the new phones. Now, Steve Hemmerstoffer, also known as @OnLeaks on Twitter, has shown off what appears to be Galaxy S21 renders.

Looking at the device, the change that stands out the most, as Hemmerstoffer points out, is the “unique rear camera housing design.” Rather than having the camera bump inset from the frame, it wraps around the device and melds into it along the side for a smoother finish. Furthermore, rather than the square-ish camera housing, Samsung has stacked three cameras in a rectangular area, better accentuating the body. It is still a camera bump, adding 2mm to the device thickness, but it should feel and look better in person. 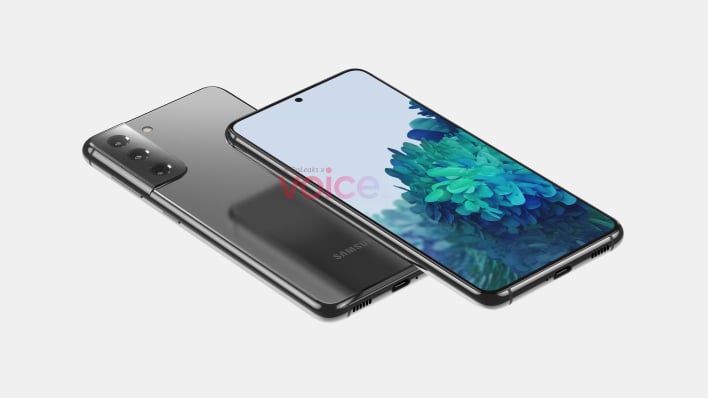 Around the front of the device, it looks like we have some standard features. With a little bit of math, it seems Samsung has gone for a 6.5” flat Infinity display with a center hole-punch camera. On the bottom, there is the standard USB-C and no headphone jack, so Samsung is going all-in on killing the headphone jack. Overall, though, the design looks sleek and shiny. If you want to see the whole device, Hemmerstoffer has also posted a 360-degree video, which we have presented below.


Finally, there have been some rumors of a Galaxy S21 launch happening “sooner than usual and more specifically in January.” Hemmerstoffer says that his sources corroborated this, so we should hopefully be hearing more about the Galaxy S21 lineup soon. In the meantime, stick around HotHardware as Hemmerstoffer has also said more leaks to come.