When the first reviews of the Galaxy S20 Ultra started being posted, there were a few complaints about autofocusing problems with the 108MP primary camera and zoom lens. Since its initial release, Samsung has rolled out a number of firmware updates meant to address the autofocus problems.

However, even with its most recent updates, the problems still persist for many users. For those hoping that another round of software updates might solve all issues once and for all, we have some bad news. A moderator on Samsung’s Galaxy support forum clarified that some of the focusing issues are due to hardware limitations that can’t be rectified with software.

The translated text from the moderator gets to the crux of the issue:

The S20 Ultra model is equipped with a high-pixel image sensor, which increases the size of the sensor, resulting in a shallow depth of field and a longer focal length of 10cm or more compared to previous Samsung models. Therefore, when shooting a close object, the background may be blurred, or out of focus may occur. The focal length is determined by the lens specifications, making it difficult to correct with software.

Every camera system has its limitations, but it appears that Samsung might have bitten off more than it could chew when it comes to trying to address these issues with a simple software fix. With that being said, Samsung is still working to address problems that it introduced with previous software updates. 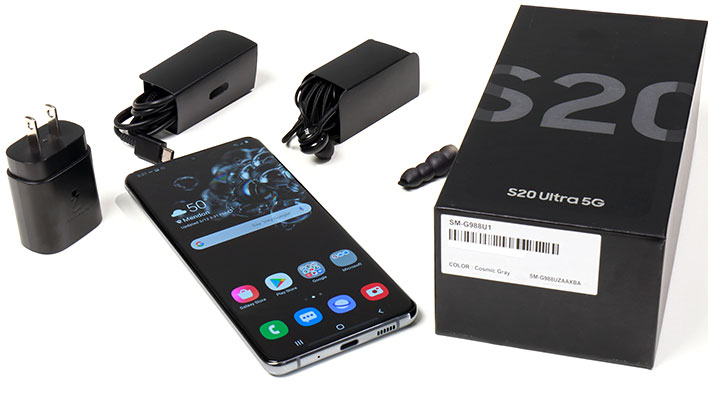 Samsung had to pull its G988xXXU1ATCT update after a number of users complained about green tinting of the display after installing it. While Samsung prevented further Galaxy S20 Ultra users from downloading the update after it was alerted to the side effects, it still remained available for Galaxy S20 and Galaxy S20+ users. This week, however, Samsung introduced firmware G98xBXXU1ATD3 to fix the issue; it’s first rolling out to users in Germany. You can try to manually invoke the download by going to Settings --> Software Update --> Download and install.