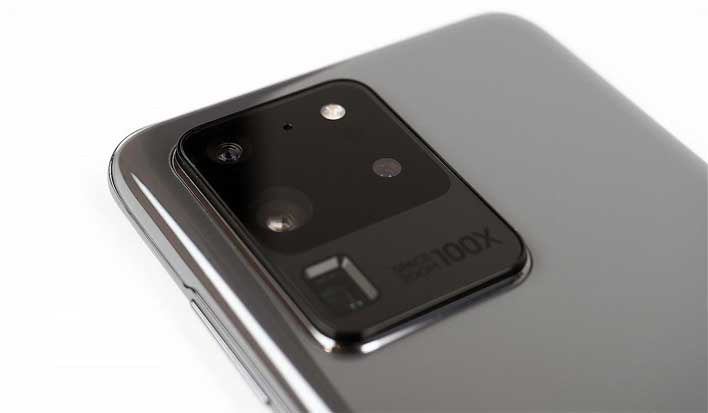 The Samsung Galaxy S20 Ultra is a very expensive smartphone that currently sits at the top of the range for Samsung. As an expensive and high-end device packed with features, reviewers and consumers expect the device to operate flawlessly. Unfortunately for some reviewers of the Galaxy S20 Ultra, that wasn't the case. Some reviewers have had issues with the camera array on the smartphone.

That camera array has a 108MP primary sensor, a 48MP periscope zoom lens, and a 12MP ultra-wide sensor. The array also fits in a 0.3MP ToF sensor. Early reviews indicated that there was an issue with the focusing of the camera that caused pulsing along with problems concerning macro focus on the camera.

Samsung paid attention to the issues since it wants the smartphone to be near-perfect at launch, and has begun to roll out a patch for the smartphone. The update brings improvements for the autofocus capability of the smartphone along with Android security patches for March 2020. The new firmware is G988NKSU1ATBR and is rolling out first in South Korea. The update might also land for the other devices in the Galaxy S20 range in the coming days.

Gadget leaker Ice Universe had focus issues on its Galaxy S20 Ultra smartphone and has stated that after the update the auto-focus was improved. It remains to be seen if "improved" means that the device functions as expected. Reports claim that the focus issues meant sometimes the camera would never focus on a subject.

In other Galaxy S20 news, we learned this week that the smartphones will feature Samsung's first dedicated data security chip inside.