While the Galaxy S20 family is no doubt the star of Samsung's Unpacked event, we can't forget an update to one of the company's most popular accessories. Last year, Samsung launched the Galaxy Buds alongside the Galaxy S10 family. The Galaxy Buds are wireless earphones that easily pair with your Samsung device, can be charged in their carrying case, and can even be recharged via a Galaxy S10/Galaxy S20 using the Wireless PowerShare feature.

This year, Samsung has announced the Galaxy Buds+, which looks to improve on its predecessor in several key areas. Battery life is now rated at 11 hours, or a total of 22 hours if you take into account a fully topped off charging case. The battery in each earbud is a little over 30 percent larger than its predecessor, while the charging case's battery is little under 10 percent larger. According to Samsung, 3 minutes of fast charging with the Galaxy Buds+ is equal to about 60 minutes of additional playtime. 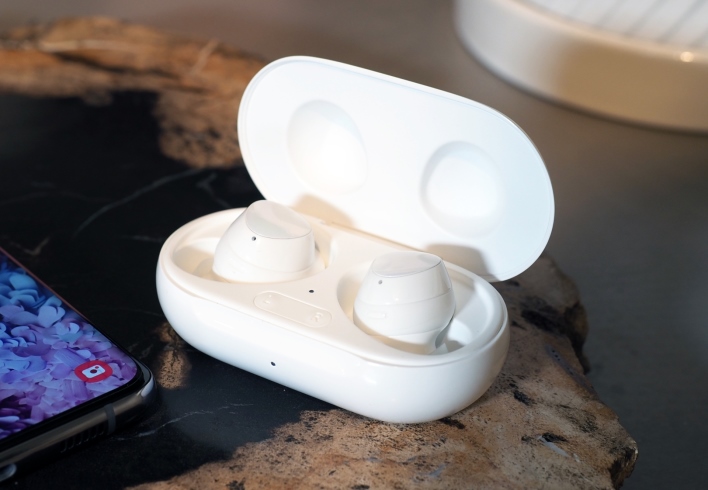 Samsung claims that the Galaxy Buds+ with AKG tuning deliver more “balanced, detailed, and natural” sound thanks primarily to a new speaker and microphone system. That tweaked design includes a 2-way dynamic speaker setup with a woofer and a tweeter. There are also two outer microphones with the Galaxy Buds+ versus just one with its predecessor. 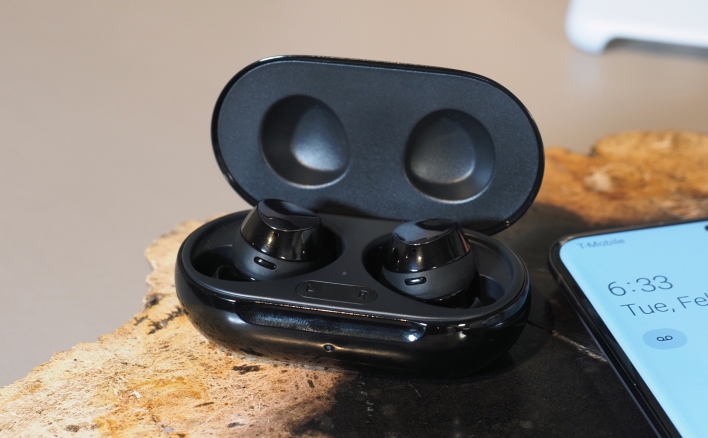 As before the Galaxy Buds+ are splash resistant (IPX2 rated), and this time around they will be available in four colors: Cosmic Black, White, Red, and Cloud Blue. Samsung says that the Galaxy Buds+ sales will open on February 14th from Samsung.com priced at $149.99; retailers and Samsung’s carrier partners will start carrying them on March 6th.