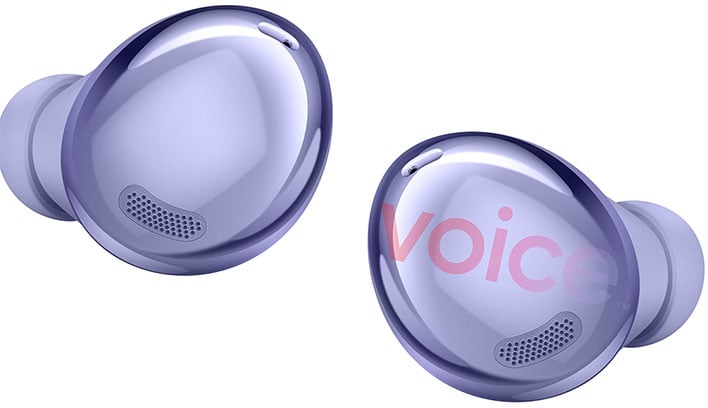 Earlier this year, Samsung launched its Galaxy Buds Live with a bean-shaped design. They look like what Jack's mother chucked out the window, only to awaken and see a huge beanstalk sprawling from the ground and into the land of the giants. Well, Samsung's next-gen earbuds will see a return in the overall physical design to that of the original Galaxy Buds and Galaxy Buds+.
In other words, the new earbuds will be more bulbous than the Galaxy Buds Live. Called the Galaxy Buds Pro, the wireless earbuds have not been officially announced or confirmed by Samsung yet, but recent leaks and rumors suggest a launch is imminent. That includes a regulatory filing with the Federal Communications Commission (FCC).
As to the physical design, leaker Evan Blass posted a couple of renders over at Voice, one of which you can see at the top of this article. Rumor has it Samsung will launch the Galaxy Buds Pro with its upcoming Galaxy S21 handset. According to the aforementioned FCC filing, the Galaxy Buds Pro will feature a 500mAh battery. 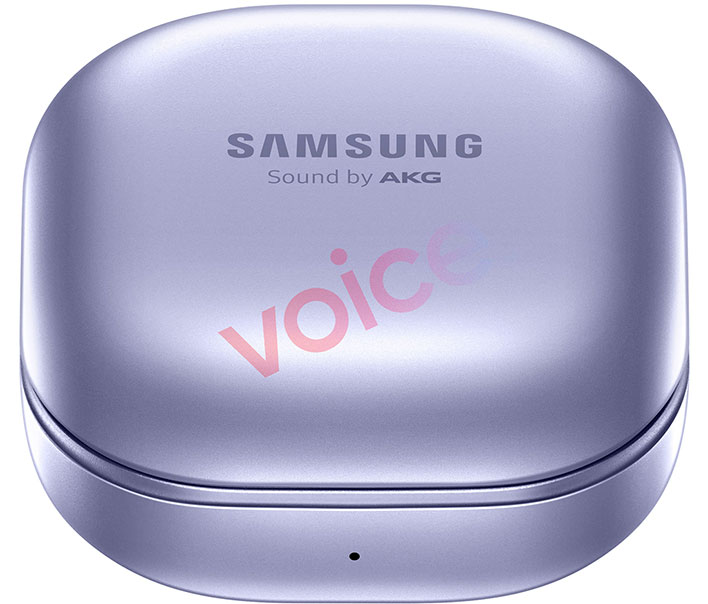 They will also come with a wireless charging case. It's not clear how long the battery life will actually be, but as a point of reference, the Galaxy Buds+ are rated to last for up to 11 hours of nonstop music on a single charge, plus another 11 hours after popping them into the charging case (for 22 hours total, before having to recharge the case).
An improvement in sound quality is a realistic expectation. In addition, Samsung is expected to inject active noise cancellation into the Galaxy Buds Pro, just as Apple did with its excellent AirPods Pro. This will be the first time ANC will find its way into the non-bean shaped in-ear earbuds.
Pricing has not yet been revealed.