Samsung's new Galaxy Book Pro and Galaxy Book Pro 360 laptops have been leaking for weeks, but the company officially announced its latest ultraportable laptops today. As expected, the former is the company's new laptop offering, while the latter is a 2-in-1 convertible.

Both models are available with either 13.3-inch or 15.6-inch FHD displays, bucking the trends of newer laptops that have increasingly shifted to a 16:10 aspect ratio. However, you did get a gorgeous Samsung AMOLED display in return. While these are Samsung's first Windows PCs to get an AMOLED display, Samsung did introduce an even more dense 4K AMOLED display with its Galaxy Chromebook earlier this year. 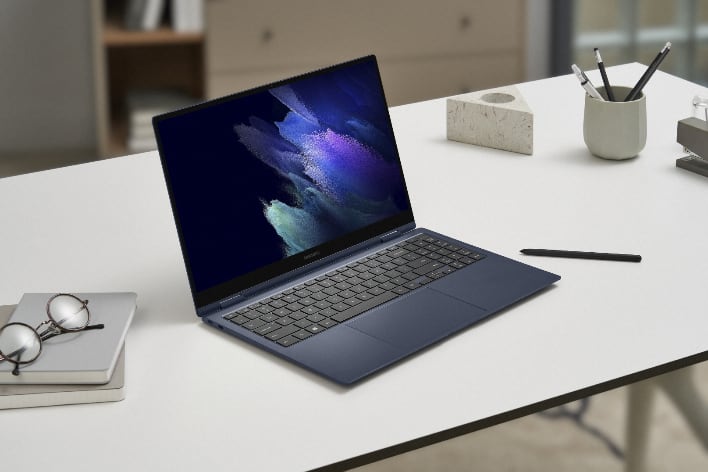 Other specs of note include a 720p webcam, AKG-tuned audio with Dolby Atmos support, a fingerprint reader embedded in the power button, Wi-Fi 6E support (which is a rarity in laptops these days), Thunderbolt 4/USB-C connectivity, and a microSD slot. There's also optional 5G connectivity for those that need it, but interestingly only on the 13.3-inch Galaxy Book Pro 360. The 13.3-inch devices feature a 63 WHr battery on the power front, while the 15.6-inch models are slightly more capacious at 68 WHr. 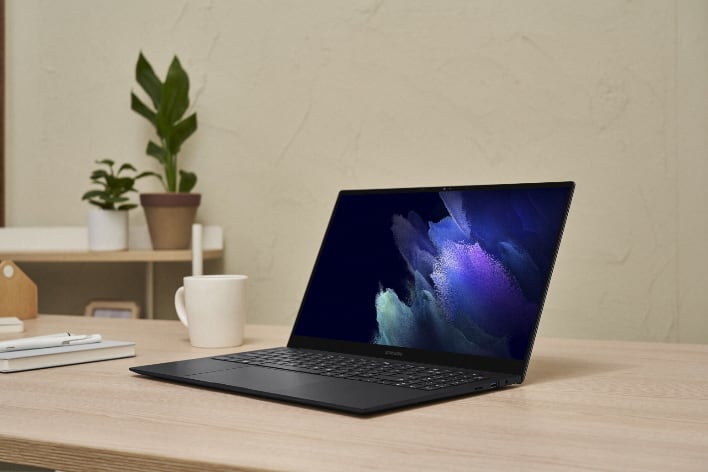 Samsung says that it has also reengineered its Pro Keyboard with a scissor mechanism with 1mm of travel. The keyboard allows you to type in "near silence" while improving typing speed and comfort. Joining the keyboard is a 23 percent larger trackpad, while the Pro 360 models come standard with an upgraded S Pen that is 2.5x thicker than previous versions for improved comfort.