Samsung today opened up preorder availability for its Galaxy Book 2 360, Galaxy Book 2 Pro, and Galaxy Book 2 Pro 360 laptops. If you take the preorder plunge, Samsung will toss in a 24-inch or 32-inch gaming monitor. Talk about a sweet bonus, and based on our hands-on experience with the previous generation model (see our Galaxy Book Pro 360 review), this is a laptop line that hardly needs an added sales incentive.
Of course, we have not spent any time with the Galaxy Book 2 series and so we can't offer any benchmarks or impressions of the builds. And it's always wise to wait for reviews before buying a product. That said, we'd be tempted to take Samsung up on its offer, because of how much we liked last year's model and the updated spec sheet that the Galaxy Book 2 brings to the fold.
Here's what you're looking at, as far as preorder pricing and the monitor bonus...
Pricing depends on the configuration options, as these laptops are available with Intel 12th Gen Core i5 and Core i7 processors based on Alder Lake, with 8GB or 16GB of RAM and 256GB, 512GB, or 1TB of solid state storage. These options vary by model, with the highest price being $1,549.99 for the Galaxy Book 2 Pro 360 with a Core i7 processor, 16GB of RAM, and a 1TB SSD. 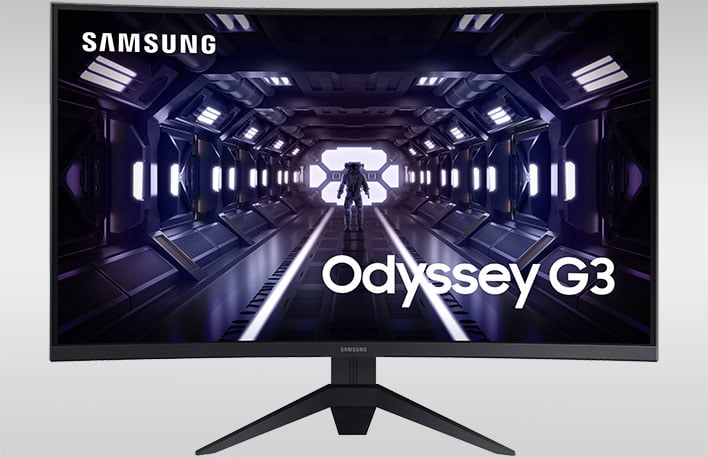 The 32-inch Odyssey G35T, meanwhile, is a bigger and faster display with a curved VA panel, 1920x1080 resolution, 165Hz refresh rate, 5ms response time, 300 nits brightness, and FreeSync support. Both Samsung and Amazon have this one listed for $229.99 (down from $329.99).
These may not be the most enticing gaming monitors on the planet, but it's unusual to see this kind of a bonus with a laptop purchase.
All of the preorders also include an option to save 30 percent on a Samsung Care+ plan. Plus you can sweeten the pot further with an eligible trade-in, which could potentially drop the starting price to $549 for the Galaxy Book 2 360, $599 for the Galaxy Book 2 Pro, and $749.99 for the Galaxy Book 2 Pro 360.