Samsung's Galaxy S20 Fan Edition (FE) has been a popular smartphone choice for those looking for flagship-caliber specs for not a lot money. Samsung announced the smartphone at $699, but quickly dropped the price to $599 for preorders. Pricing has fluctuated between $599 and $699 since then.

The Galaxy S20 FE launched with 128GB of internal storage, which isn't quite enough for some users (despite the fact that there is a microSD slot for expansion). But for those that crave even more internal storage, Samsung is now offering a 256GB SKU, which will be priced at $769.99.

From what we can tell, the doubling of internal storage is the only change to report of, and all other specs remain (which is a good thing). The Galaxy S20 FE is powered by Qualcomm's Snapdragon 865 SoC along with 6GB of RAM, and the smartphone supports both sub-6GHz and mmWave 5G bands. Other features on deck include a 6.5-inch AMOLED FHD display with a fast 120Hz refresh rate, 4500 mAh battery, a 32MP selfie camera, and three rear cameras. 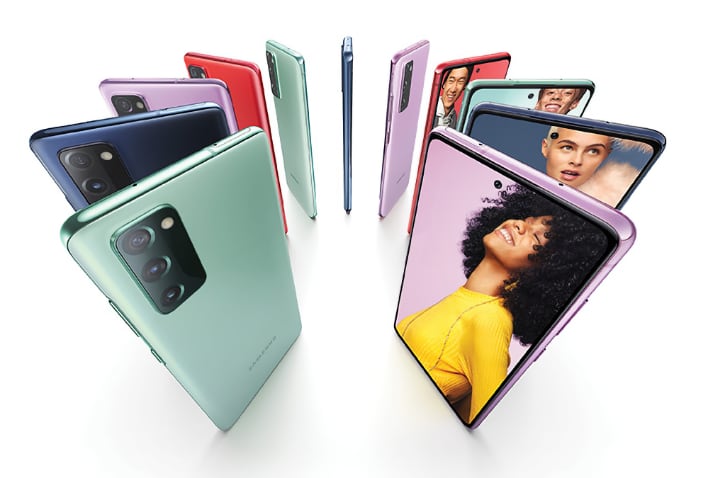 Samsung says that the 256GB version of the Galaxy S20 FE will go on sale tomorrow, November 6th, price at $769.99 or for as low as $319.99 with an eligible smartphone trade-in (up to $450 off). You can also choose to pay as little as $13.34/month with an eligible trade-in if you don't want to pay upfront. However, we have the feeling that price won’t stay at that level for too long; it will likely get discounted just like the 128GB version.

If you'd rather save some coin with the 128GB version of the Galaxy S20 FE, you can head on over to Amazon right now and get the smartphone for $599. You can use the savings to put towards a high-capacity microSD card to make up the storage difference.