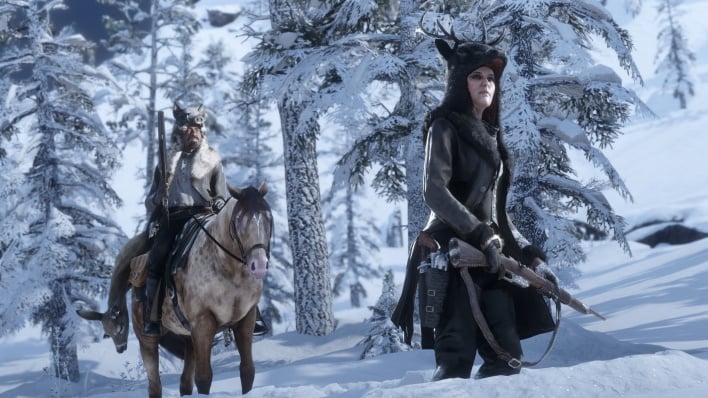 An update to Red Dead Online has seemingly led to a whole host of issues for online outlaws around the world. This update has been anticipated for a while, with the promise of a new Frontier Pursuit mode, community content suggestions, and purported bug fixes. However, it seems the new content and bug fixes have opened a whole new can of worms for developer Rockstar Games.

On July 28th, Rockstar Games released the “naturalist” inspired update with new content, bug fixes, and a battle-pass aspect of the game. With any new update, one could expect some bugs and glitches here and there, and that is what Rockstar looked to address with this latest patch. It seems, however, that they went in the entirely wrong direction, as many players are reporting (albeit funny) glitches and bugs that appear to break the game. Reddit user u/KnlKorn posted a video of a horse moving in a rather unnatural way on the subreddit for Red Dead Online:


If this isn’t the funniest thing I’ve seen today. 😂😂 from r/RedDeadOnline

Furthermore, a moderator for r/RedDeadOnline, u/MagnarHD, has compiled a list of new bugs in Red Dead Online:

This list seems extensive, and more than likely, it isn’t finished yet either.  People across social media are posting their Wild West woes with images and videos of new and existing bugs. Overall, some rather crucial pieces of the game, such as animals, NPCs, and auto-aiming, are reportedly broken for many. With that said, Rockstar has finally put up a page addressing the issues, stating they are aware of the abundance of problems and are looking to fix them. Hopefully, Rockstar can turn things around for Red Dead Online rather quickly and get a patch pushed out so people can get back to the Wild West.  No matter the bugs, though, it will be interesting to see if this hiccup will sour some players and encourage them to leave the game in the dust.

Stay tuned for updates about Red Dead Online here at HotHardware. Hopefully, a fix or announcement will be soon to follow this fiasco. Also, let us know if you have encountered any particularly interesting or funny glitches in the comments down below.