It seems as though Rockstar Games is looking to make one of its biggest cash cows more accessible to gamers, and thus even more lucrative. Read Dead Redemption II is a popular game, mainly due to its Red Dead Online component. In order to keep the gravy train flowing, Red Dead Online will be available as a standalone game starting next week.

At the moment, you can get Red Dead Redemption II for the following platforms:

However, the standalone Red Dead Online will have an introductory price of just $4.99. It will be available stating December 1st, and will remain at this price until February 15th, 2021. At that time, the standalone Red Dead Online will jump up to its regular price: $19.99. It will be available through a wide variety of online marketplaces including the Microsoft Store, Rockstar Games Launcher, and Steam (among others). And of course, it will be playable on Windows, Xbox and PlayStation platforms. Red Dead Online will also be playable on the new PlayStation 5 and Xbox Series S/X thanks to backwards compatibility support. 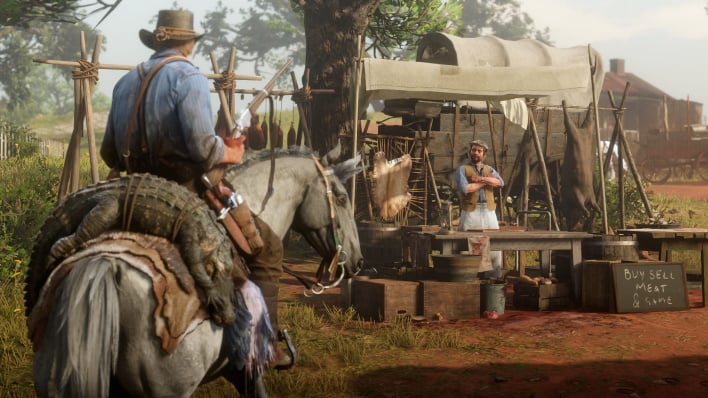 Rockstar is taking a similar approach with Grand Theft Auto V, as GTA Online will be available as a standalone game sometime in 2021. Even though Grand Theft Auto V first hit the gaming scene way back in 2013 (back during the time of the Xbox 360 and PlayStation 3), the GTA Online is still wildly expensive and a huge revenue generator for Rockstar. It's also probably why we haven't seen a "true" successor to Grand Theft Auto V yet.