Do you have an old Nintendo Wii sitting around collecting dust? At the very least do you have a Wii Nunchuk Adapter for the Wii-mote? You might be able to get just a little more use out of it thanks to products like the Pi Zero 2 W.

In the Raspberry Pi subreddit, Redditor tonystark29 decided to share a fun little project he's taken advantage of with a Pi Zero and the Nintendo Wii Nunchuk accessory. A battery-powered mouse! It's a neat little project that doesn't actually look too hard to do with the right equipment and tool set.


Deciding that the input options on his wearable computing device were lackluster, tonystark29 found an old project on Thingiverse and adapted it for his needs. While he did find it useful, his intended purpose became rapidly impractical, as he meant to use it with an interface to a reminder program for his personal display device. That program, however, also required a keyboard interface. 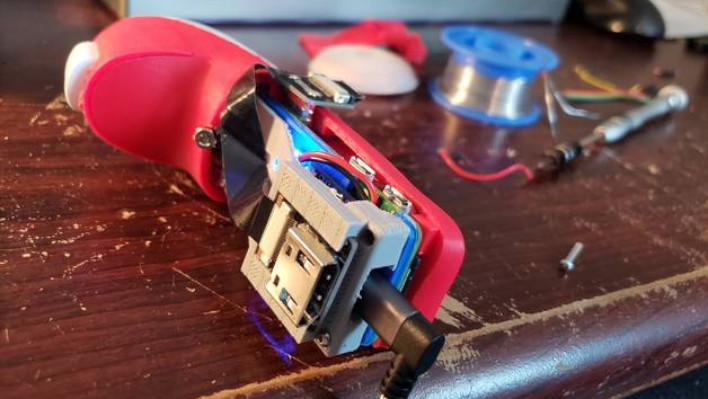 "... I used one of those small Rii brand keyboards, but it's a PITA to carry my phone, the PiChuk, and the keyboard all in my pockets, " tonystark29 explained in the Reddit thread.

Admittedly, yeah, carrying all that stuff in your pocket just for a single application on a device like that is a bit overkill. What he did end up using it for is just a simple mouse interface for scrolling through news and Reddit posts, which is far more practical. Likely the same thing we'd do, especially if we went browsing through our long list of great retro-related articles.

While the Reddit user did say he wrote his own mouse drivers in Python, the hardware for assembly is pretty accessible, even if you need to 3D print a new case. The following is the list of the necessary hardware. 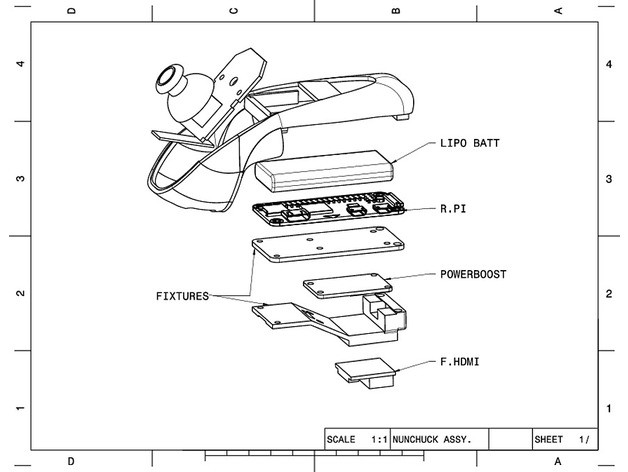 
Using thes, the instructions, and 3D model you can print that is available from Thingiverse, and you too can have a neat new mouse refurb of your Wii Nunchuk. Note that due to the supply chain shortages that have existed in electronics worldwide Pi Zero 2s are extremely hard to come by. However, this is still entirely feasible with the previous generation Pi Zero, the only real difference being that the Pi Zero is slightly larger than the Pi Zero 2. This innovation and application is just the latest in the long line of many very cool projects we've seen come from the micro-computing and maker space. We love to see the ingenuity of people and hope to see much more in the future!