There is absolutely no reason to buy a Raspberry Pi 4 mini PC with 1GB of RAM. Zip. Zilch. Nada. However, there are plenty of reasons to buy a Raspberry Pi 4 model with 2GB of RAM, because the good folks at the Raspberry Pi Foundation dropped the price to $35, the same as what the 1GB model costs, in celebration of its eighth birthday.
It's not just a celebratory price slash, though. Simply put, falling RAM prices have allowed Raspberry Pi Foundation to make the price cut, and so it did. Let that sink in for a moment. Raspberry Pi Foundation is passing on its costs savings to consumers, which is not something that always happens in the hardware world.
For those who really want it, the Raspberry Pi 4 with 1GB of RAM will remain available to industrial and commercial customers, at $35. But as there is no price advantage over the 2GB model, Raspberry Pi Foundation expects most people will opt for the larger-memory version. We agree with that prediction.
Relatively low pricing has been a staple of Raspberry Pi boards and kits. In the past eight years, there have been over 30 million Raspberry Pi models sold. They're incredibly nifty and lend themselves to a wide range of projects—you can build a Commodore 64 emulator or a more robust retro gaming system, or an Amiga emulator if that's you're thing, you can construct a handheld PC or make a mini desktop PC, and so much more. 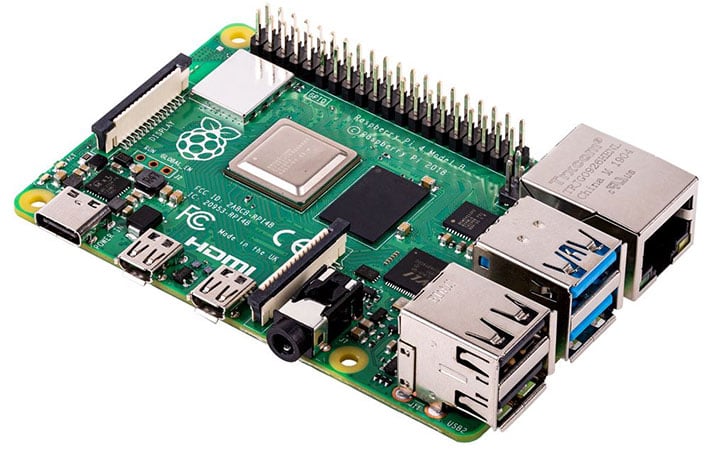 The Raspberry Pi 4 is roughly forty times faster than the original Raspberry Pi. That's pretty remarkable when you consider the price only went up $10, at least until now.

"Raspberry Pi 4 brought its own compromises: for the first time we couldn’t fit as much memory as we wanted into the base product. While the $35 1GB device makes a great media player, home server, or embedded controller, to get the best desktop experience you need at least 2GB of RAM. At launch this would have cost you $45," Raspberry Pi Foundation explains.
This is also a permanent price cut. If you are interested in buying one, just head to the Raspberry Pi product page to see a list of vendors. Just be patient—it seems most of them still have the Raspberry Pi 4 listed for $45, except for Micro Center.