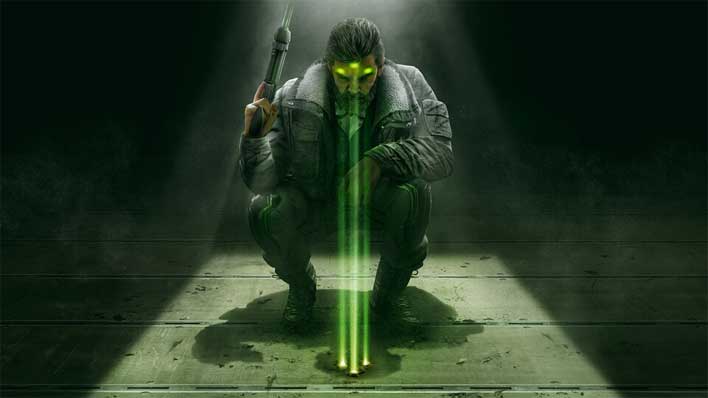 Ubisoft has announced an update for Rainbow Six Siege called Operation Shadow Legacy. Part of the update brings an iconic character, Sam Fisher from the game franchise Splinter Cell, as a playable operative in Siege. Fisher comes with a new Intel-gathering gadget and a new assault rifle. Operation Shadow Legacy also brings a host of gameplay modifications that will change how Siege is played.

Among the gameplay modifications are Ping 2.0, new and updated optics, a secondary breaching gadget, pooled reinforcements, and map ban capability. The popular map Chalet is reworked and players will be able to check out a new match replay feature that is entering alpha testing on the game's test server.

Sam Fisher joins the game under callsign "Zero." Fisher is a medium-speed, medium-armor Attacker using his iconic SC-3000K assault rifle or an MP7 as his primary weapon. He also carries a 5.7 USG sidearm with an integrated suppressor. The Argus launcher is a new Intel gathering gadget that features three green lasers in a triangle pattern and offers a versatile intelligent-gathering tool to the attacking team.

The Argus launcher can fire projectiles into breakable and reinforced surfaces to burrow through and create camera vision on both sides of the barrier. The camera can look in one direction at a time allowing users to peek into a room the enemy doesn't want them to see into. Argus projectiles can fire a single laser to destroy enemy gadgets or deal minor damage to enemies. The projectiles are easily destroyed by a bullet and make a sound when burrowing into place.

Modifications to the Chalet map include new navigation options, including the ability to rappel all the way up and transverse the rooftop. There are also various new corridors in the building's rooms. Major changes in the Operation Shadow Legacy update include: