It is finally here, the first Snapdragon-branded smartphone, designed by ASUS with premium features from head to toe. Called the Smartphone for Snapdragon Insiders, the handset falls decidedly into flagship territory, with a price to match (more on that in a moment). Interestingly, however, it rocks Qualcomm's regular Snapdragon 888 system-on-chip (SoC), rather than the recently announced Snapdragon 888+.
In all reality, the upgraded Snapdragon 888+ is not all that drastically faster than the base model—it increases the clock speed from 2.84GHz to 2.99GHz, for a little over a 5 percent boost in raw speed. Qualcomm also goosed its 6th generation AI engine (Hexagon 780) from 26 TOPS to 32 TOPs on the Snapdragon 888+ but apparently the new version of the SoC wasn't quite ready timing-wise for this launch.
Regardless, even without those speed increases, the Smartphone for Snapdragon Insiders figures to be a very fast and capable handset with many of the most desirable features you come to expect in a flagship device. Other core components include an Adreno 660 GPU, 16GB of LPDDR5 memory, and 512GB of UFS 3.1 storage. Good stuff for sure but there's more... 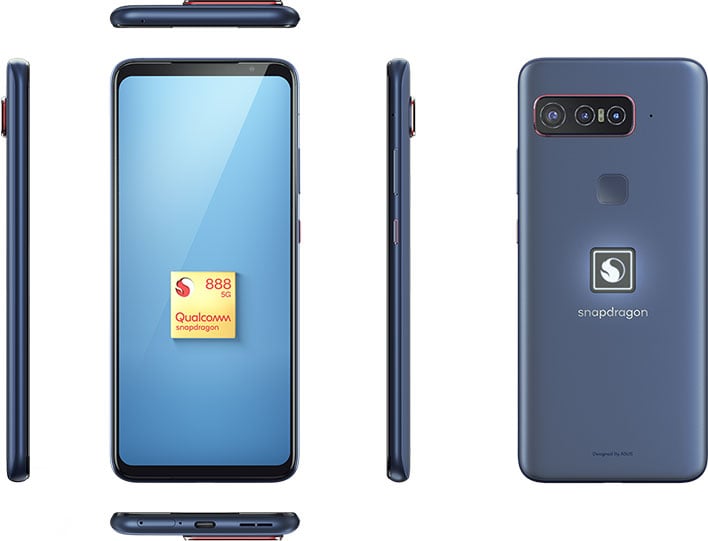 These all combine to power a 6.78-inch display with a 2448x1080 resolution. It is a Samsung AMOLED panel with a lightning-fast 144Hz refresh rate and 1ms response time, which puts this phone into gaming territory for sure, though it doesn't carry the girth that some gaming phones do. That display also gets supremely bright—up to 1,200 nits (peak) to make it easily viewable outdoors and to help make HDR images pop (it supports HDR10 and HDR10+).
According to Qualcomm, the display is highly accurate too, offering up a whopping 150.89 percent coverage of the sRGB color gamut (106.87 percent NTSC and 111.23 percent of DCI-P3). It will be interesting to see how this compares to some of the best smartphone displays on the market, because on paper, it is certainly competitive. 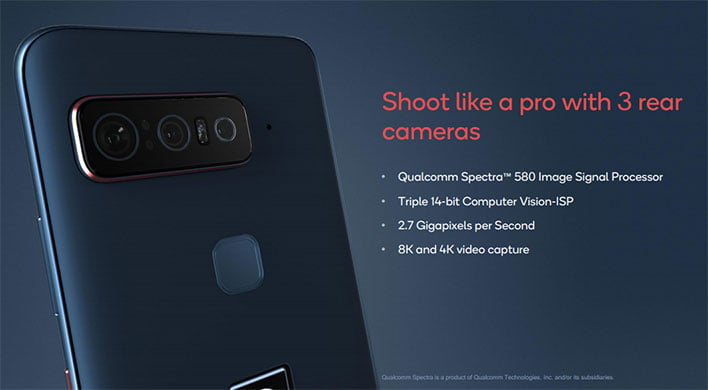 For camera duties, there is a 24-megapixel shooter on the front with a 27mm equivalent focal length. And around back, the phone is outfitted with a 64-megapixel Sony IMX686 sensor (f/1.8) for main camera chores, supplemented with a 12-megapixel ultrawide Sony IMX363 sensor (f/2.2) and an 8-megapixel telephoto lens, with 3x optical zoom and up to 12x total zoom. 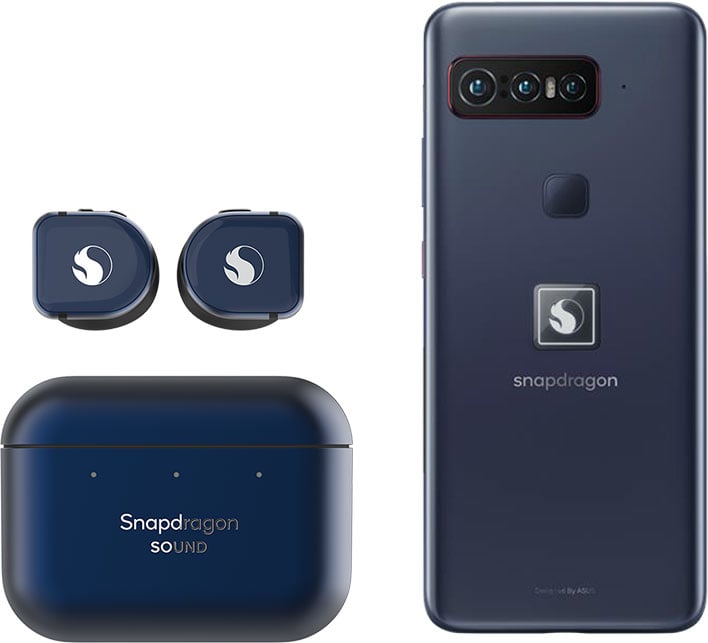 Qualcomm seems particularly excited about the device's audio and recording capabilities. To that end, it features a pair of stereo speakers (top front-firing and bottom side-firing) with aptX compatibility and multiple sound profiles to choose from (music, videos, games, and voice enhancements), as well as four HDR microphones with a dynamic range of 114 dB. It also comes with a set of Master & Dynamic earbuds.

"The Smartphone for Snapdragon Insiders establishes itself as a fierce competitor in the audio arena. If it certainly is well suited for playback—whether for watching movies, playing games or listening to music—it is the best recording device we’ve measured to date. It thus makes an excellent choice for recording any type of content, in all kinds of scenarios, from a vocal memo all the way to a live, loud, bassy concert," Qualcomm explains.
Of course, this device supports the latest connection amenities too, including 5G sub-6 and mmWave (Snapdragon X60 5G modem) and Wi-Fi 6/6E, as you expect from a cutting edge handset.
It's been rumored some time that a Snapdragon-branded phone was in the works, and here it is. The 'Smartphone for Snapdragon Insiders' branding is a little weird, and it basically means this device is aimed at enthusiasts. The plan is to make the phone available in August (distributed through ASUSTek's eShop and channel partners) for $1,499.
That price point puts the phone in the upper end of the spectrum, even well north of the ASUS ROG Phone 5. Maybe street pricing will come in lower. Either way, we'll be keeping an eye on this one, and will try to get one in for a proper review.