Qualcomm is expected to rebrand its entire Snapdragon stack in the very near future, so it's next-gen flagship probably won't be called Snapdragon 898. While we don't know yet what it will be called, we may have a hint about its performance based on a supposed benchmark leak. If the numbers hold up, it's going to be an enticing upgrade for Android handsets.
This will supplant the Snapdragon 888+ as Qualcomm's top mobile chip for smartphones (presumably, anyway). While nothing has been announced, previous rumors pegged the chip as being built on Samsung's 4-nanometer manufacturing process, and delivering a chunky 20 percent boost in performance. But will it really? That's where the latest leaked benchmark runs come into play.

According to Ice Universe, who is firmly plugged into the leaks and rumors scene, the next-gen chip scores 1,200 in Geekbench's single-threaded test and 3,900 in the benchmarks multi-threaded test. Those are probably rounded numbers, but regardless, they suggest class-leading performance among Android silicon, if true.
For context, here's our own collection of Geekbench 5 scores from existing handsets... 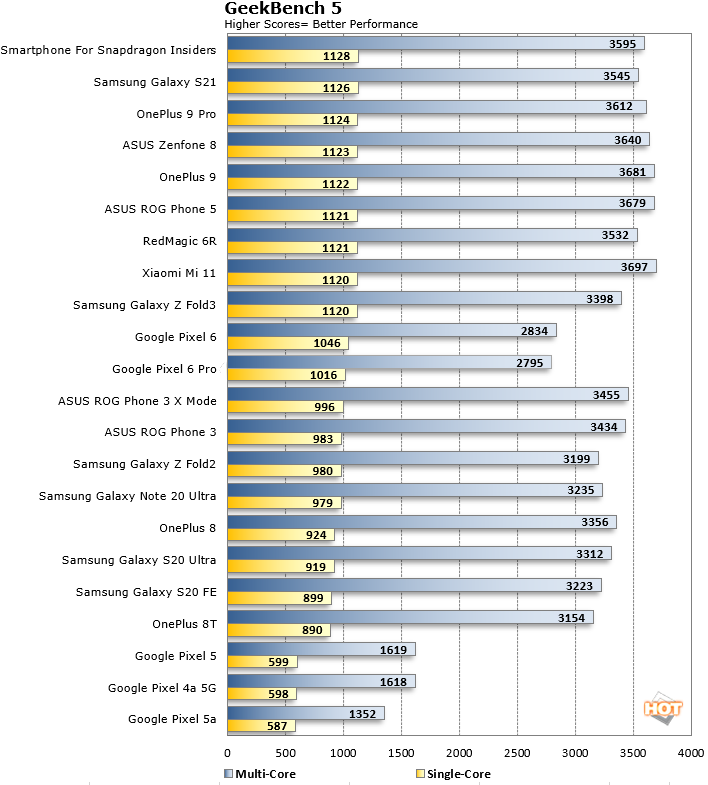 This is our most recent compilation of scores, plucked from our Pixel 6 and Pixel 6 review that went live last week. It gives us a bunch of interesting comparison points, especially at the top end of single-threaded and multi-threaded performance.

Sorted by single-threaded performance, the Smartphone for Snapdragon Insiders (a joint collaboration between Qualcomm and ASUS) leads the way, with a score of 1,128. And if we were to sort by mult-threaded performance, the Xiaomi M11 takes pole position with a score of 3,697.
If the leaked benchmark scores hold up, we're looking at a single-threaded score that is 6.4 percent higher than the fastest we have seen to date, and a multi-threaded score that is 5.5 percent higher. That's not a 20 percent jump as rumored, but a strong showing all the same.
Of course, this still wouldn't put the Snapdragon on even footing with Apple's silicon in this benchmark. According to Geekbench's database, the iPhone 13 Pro and Pro Max with their A15 Bionic chips score 1,707 in the single-threaded test and 4,643 in the multi-threaded test. 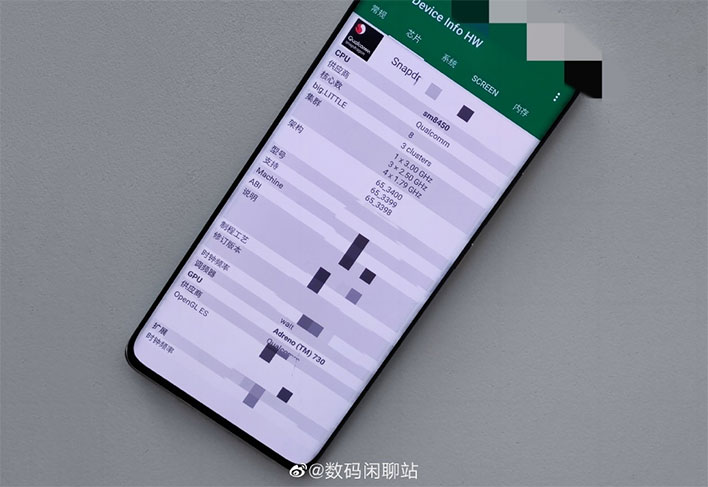 In related news, a phone supposed powered by Qualcomm's next-gen flagship processor was caught on camera, with a screenshot purporting to show the big.LITTLE core arrangement and clock speeds (as shown above).
There's a main or prime core that is believed to be based on Arm's Cortex-X2 clocked at 3GHz. We can also see three mid-range cores (probably Cortex-710) clocked at 2.5GHz, and four power efficient cores (like Cortex-A510) running at 1.79GHz.
The last thing to note is the GPU—shown towards the bottom, it's identified as an Adreno 730, which we don't know much about just yet.
So there's your next-gen Snapdragon rumor roundup for Friday.