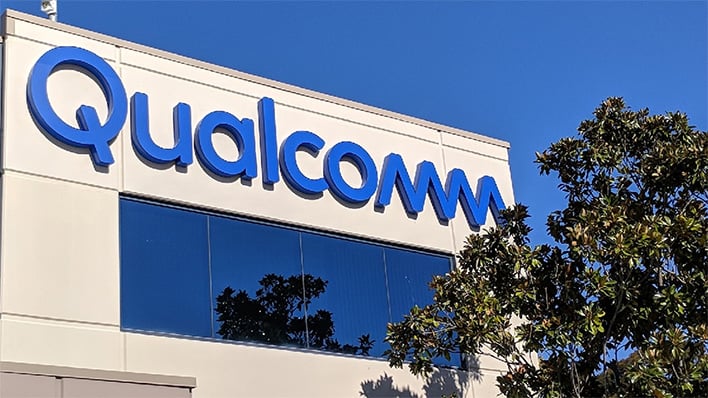 All things considered, Qualcomm is coming off a successful quarter, even though its third quarter revenue remained flat year-over-year. No change can be considered a good thing, given that the Coronavirus pandemic has disrupted the global economy and made things challenging in the technology sector (and beyond). Oh, and Qualcomm entered into a licensing deal with Huawei.
That latter bit of news is the likely reason by Qualcomm's stock is on a sharp rise in early morning trading today. Shares of Qualcomm jumped 13 percent in after hours last night, and at the time of this writing, the company's stock price is up more than 11 percent, to $103.58. The company's market cap is now around $115.77 billion.
The licensing deal is a long-term one that is tied to a $1.8 billion settlement agreement Qualcomm hammered out with Huawei (with the latter paying the former). It is a global licensing deal that also includes a cross license that grants back rights to certain Huawei patents, covering sales dating back to the very beginning of the year.
Why is this so exciting to investors? It relates to 5G technology, and the potential to rake in a massive amount of money as the industry shifts to the faster wireless standard. Huawei is heavily invested in 5G, as is Qualcomm. This licensing agreement undoubtedly makes things easier on both sides to forge ahead in a new era of wireless tech, without being bogged down in legal disputes.
"As 5G continues to roll out, we are realizing the benefits of the investments we have made in building the most extensive licensing program in mobile and are turning the technical challenges of 5G into leadership opportunities and commercial wins," said Steve Mollenkopf, CEO of Qualcomm Incorporated.
"We delivered earnings above the high end of our range, continued to execute in our product and licensing businesses and entered into a new long-term patent license agreement with Huawei, all of which position us well for the balance of 2020 and beyond," Mollenkopf added.
By the numbers, Qualcomm raked in nearly $4.9 billion in revenue during last quarter, for a profit of $982 million, both nearly identical to the amounts it earned in the same quarter a year ago.
Looking ahead to the fourth quarter, Qualcomm expects a 15 percent year-over-year decline in 5G smartphone shipments due to COVID-19 and (related to that) the delay of a flagship 5G phone launch (iPhone 12, seemingly). Nevertheless, Qualcomm is in good shape going forward, which is reflected in today's stock movement.