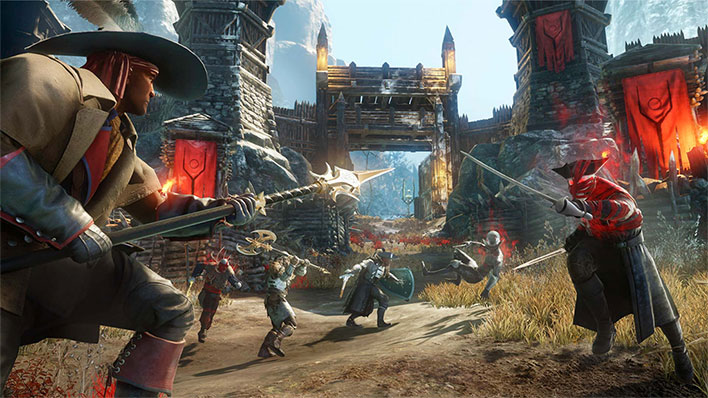 Amazon may have started out primarily as a seller of books, but it was not long after that it also got into the business of video games, among other things. From those humble beginnings, Amazon has experienced exponential growth. It is also a major player in the cloud space, and it will apparently leverage its related assets into taking on Google Stadia and GeForce NOW in the cloud gaming sector.
Of course, Stadia and GeForce NOW are two different beasts—Stadia is sort of a hybrid distribution and game streaming platform (players have to purchases title through Stadia to play them on the platform), whereas GeForce NOW is more like having a gaming PC in the cloud to play your existing library of games (if they are supported).
It's not clear what direction Amazon is considering, but according to a report in The New York Times, one of its many ventures in gaming includes a "full-fledged cloud gaming platform" codenamed Project Tempo.
Citing people who are close to the initiative, the report states Amazon had hoped to launch an early version of Project Tempo sometime this year, but could be looking at a 2021 debut instead. As with so many other things, the Coronavirus pandemic is throwing a wrench into plans and timelines. So, who knows when more details will emerge.
Outside of Project Tempo, Amazon is expanding its efforts into game development. It plans on launching its first original game with a big budget, a sci-fi shooter called Crucible, next month. And it is developing casual games for broadcasters on Twitch (which Amazon owns) to play alongside their viewers.
"The big picture is about trying to take the best of Amazon and bringing it to games," said Mike Frazzini, Amazon’s vice president for game services and studios. "We have been working for a while, but it takes a long time to make games, and we’re bringing a lot of Amazon practices to making games."
Amazon's interest in gaming is no surprise. It is a huge market, after all. Estimates peg the gaming category as being a $160 billion business in 2020, which is more than the music ($19 billion) and movies ($43 billion) industries combined.
Incidentally, Amazon Game Studios is hiring talent for a variety of positions. If you are interested, check out the job openings.