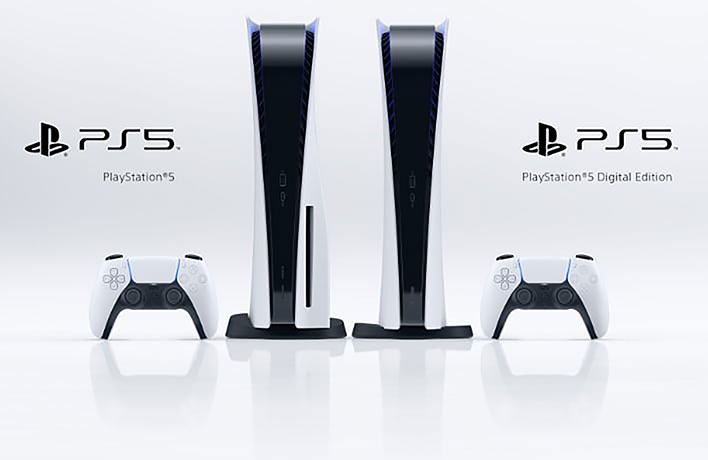 Sony has yet to reveal the price of the upcoming PlayStation 5. However, one leak may at least be enough to momentarily satisfy those awaiting that announcement. A leak recently outlined the box contents for the PlayStation 5 and the PlayStation 5 Digital Edition.

The leak was posted by Daniel Ahmad on Twitter. Ahmad noted that his image was originally from a Hong Kong distributor and that there may be regional differences between boxes. Nevertheless, his tweet gives consumers an idea of what they can expect to find in their box.

Both the PlayStation 5 and PlayStation 5 Digital Edition boxes reportedly contain the respective consoles, a wireless controller, 825GB SSD, Base, HDMI cable, AC power cord, USB cable, and instruction manual. Each console will also come with the game Astro’s Playroom preinstalled. An internet connection and the latest system software version are required to be able to access Astro’s Playroom.

It has been no secret that Astro’s Playroom would be included with the purchase of a PlayStation 5, but it is still nice to see some form of confirmation. Astro’s Playroom is a 3D platform game that was announced this past summer. It is the sequel to the 2018 game Astro Bot Rescue Mission that was available on the PlayStation 4 and PlayStation VR. Astro Bot Rescue Mission was generally well received by both critics and consumers.

Sony has unfortunately refused to share the price of the PlayStation 5. Some speculate that the pricing for the Xbox Series X and Xbox Series S has caused Sony to rethink its own pricing. The upcoming Xbox Series X will ring in at $499, while the Xbox Series S will cost $299. Sony will need to offer somewhat comparable prices for their new consoles if they want to remain competitive. It may otherwise be difficult to convince consumers to cough up more money for a PlayStation 5 than a Xbox Series X. At the moment, consumers are able to “register for the opportunity to be one of the first to your preorder your PS5.” Otherwise, Sony’s lips are sealed.