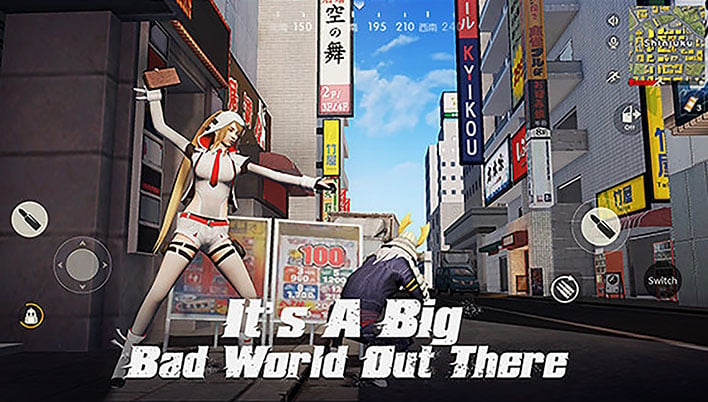 We so far know very little about any upcoming PlayStation 5 games, despite the fact that we know quite a bit about the console's hardware. Both PlayStation and video game developers have been tight-lipped about future offerings. However, one description hints that a major battle royale game will be available on the PlayStation 5. A NetEase employee indicated that they were helping to bring Knives Out to the PlayStation 4 and PlayStation 5.


Linkedin page shows that Knives Out, the battle royale game from NetEase, could also be coming to PS5 in addition to PS4.

The game is currently out for smartphones (global) and Nintendo Switch (Japan) with a PS4 release planned soon. https://t.co/4Z9iGkJjHa

Knives Out (no relation to the 2019 movie) is a free-to-play battle royale game that was originally released in 2017. The game features similar gameplay to PUBG, but includes a massive 6400mx6400m map with many unique locations. It is available worldwide on mobile through the Apple App Store and Google Play Store, and is available on the Nintendo Switch in Japan.

The game is not particularly well-known in North America, but is incredibly popular in Japan. Knives Out earned more $465 million USD worldwide on mobile, whereas Fortnite only earned $455 million on mobile. It is therefore unsurprising that NetEase is looking to offer the game on other platforms.

Rumor has it that the PlayStation 5 will be available in North America on November 20th, 2020. Dev consoles feature a futuristic, V-shaped design, but it is unknown if that will carry over to production models. Sony has also confirmed that it will include a 7nm Zen 2-based AMD Ryzen 3000 processor and Radeon Navi-based GPU with real-time ray tracing.

Knives Out has experienced its fair share of controversy since its release. PUBG Corporation, the developer behind PUBG, and NetEase recently settled a lawsuit and countersuit. PUBG Corp. had originally sued NetEase over copyright issues. They claimed that Knives Out and another NetEase battle royale game bore too many similarities to PUBG. NetEase filed a countersuit and claimed that PUBG Corp. was attempting to monopolize the battle royale genre. Both companies recently filed for a settlement.