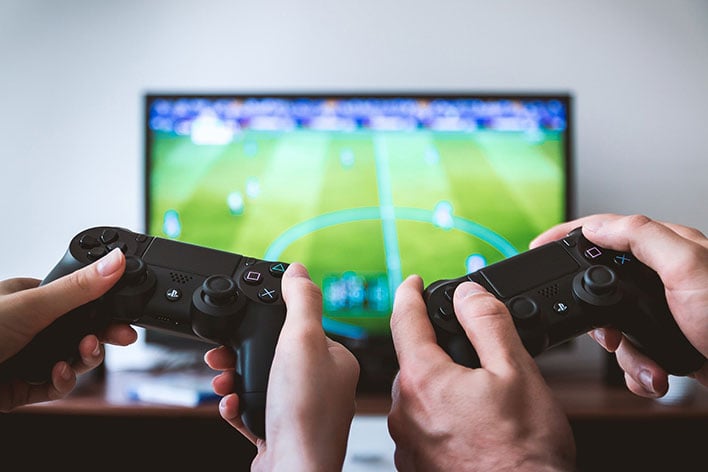 Next generation game consoles will bring significant upgrades in power and capabilities over their predecessors, potentially paving the way for a true generational leap in gaming. But is there a bottleneck in the equation? If there is, it will not be the storage, which is getting a long overdue bump to a solid state drive, but perhaps the display.
Matt Hargett, one of the engineers who worked on the PlayStation 5 has been revealing little tidbits here and there on Twitter. For example, in April he posted a tweet saying, "Many, many things haven't shown up in leaks. There are plenty of secrets that are being well kept. :)"
Then yesterday, Hargett explained why some upcoming games for the PlayStation 5 will run at 30 frames per second, even though the hardware is capable of 60fps and higher. According to Hargett, in some cases, it comes down to an artistic choice with developers going for a "pixel art" aesthetic. But in other situations, it is because the TV essentially serves as a bottleneck.
"More 'concerns' about next-gen games running at 30fps: its an aesthetic choice to be 'filmic', like pixel art, but also constrained by what TVs people have. A popular line of cheap TVs can only do 4:2:0 HDR @ 4K 60Hz. If a game pushes HDR, 4:2:2 @ 4K 30Hz helps more people see it," Hargett said.
According to Hargett, whose LinkedIn profile says he served as PlayStation's principal software engineer from July 2017 to February 2020, this is a limitation of the TV and receiver hardware processors, and it exists even when the HDMI port is rated for 18Gbps or higher.
"You could do like current-gen and not develop your art/engine as HDR 'native'. In practice this means bright explosions/specular highlights, but world is washed out/too dark (Mafia 3)," Hargett says.
As noted by WCCFTech, one of the bigger titles for the PlayStation 5 and Xbox Series X that could potentially end up capped at 30fps is Assassin's Creed Valhalla. The developers stopped short of committing to a higher framerate, saying the game "will run at least 30fps" and "will benefit from fasting loading times."
Both next-gen consoles are scheduled to arrive in holiday 2020 (which boils down to November or December).