The PlayStation 5 has been out for quite some time now (enough time for their to be a slight PS5 revision), having technically landed on store shelves last November. Actually buying one from a first-party seller takes a giant stroke of luck and excellent timing. Fortunately for geeks like us, photographer Fritzchens Fritz managed to do so (or maybe took a different path—more on that in a moment), and has posted several high resolution die shots of the Oberon system-on-chip (SoC) powering the PS5.
You might not be familiar with the Oberon codename, it is what makes the PS5 tick. It's a custom slice of silicon based on an 8-core/16-thread Zen 2 processor clocked at up to 3.5GHz, and an RDNA 2 GPU with 36 compute units clocked at up to 2.23GHz (both the CPU and GPU feature variable frequencies). This results in 10.3 TFLOPs of next-gen gaming muscle. 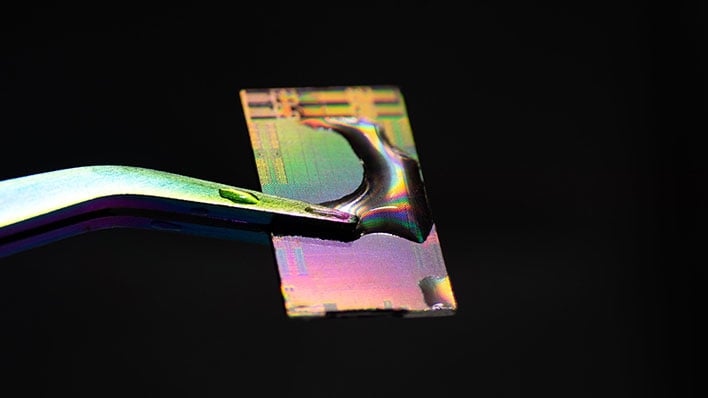 Fritz has a delightful history of posting high resolution photos of chip dies, along with infrared shots, allowing enthusiasts to get up close views of the technology that powers their various gadgets. In this case, we get to see a mapping of AMD's billions of transistors, with the graphics architecture dominating the floor plan.
Just take a look at these beauties... 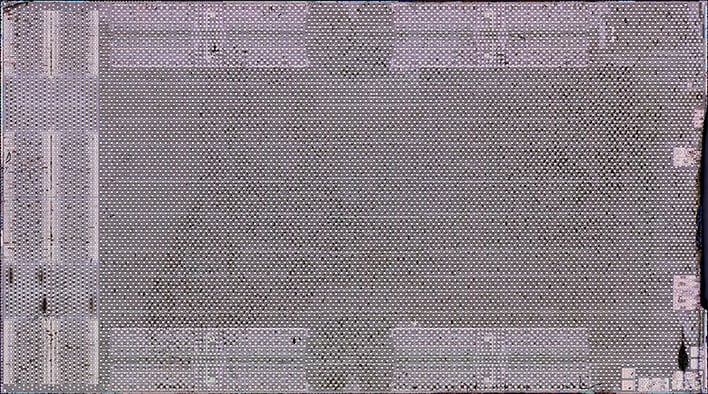 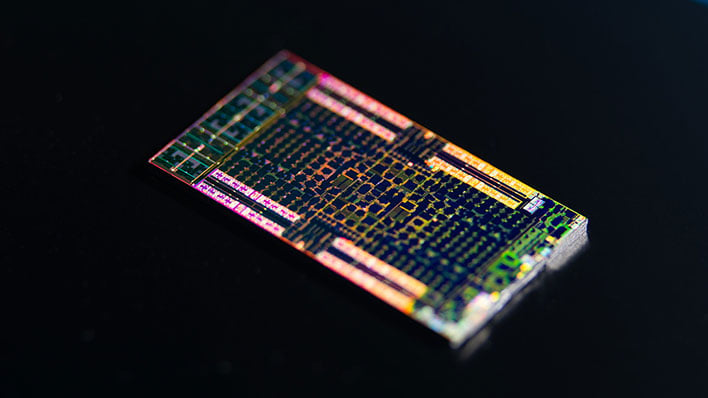 The CPU cores are on the side, as is the GDDR6X memory controller and some other bits, like the physical layer interface (PHY) and L3 cache allotment. These are some spectacular photos, providing views of high-end hardware that manufacturers usually do not make available on their own (with some exceptions, of course).
These shots might have also come from an SoC plucked from AMD's 4700S Desktop kit. It was originally believed that the 4700S Desktop Kit was comprised of hardware that missed the cut for inclusion in Microsoft's Xbox Series X, but in a separate photo comparison of the PS5 SoC by iFixIt and the 4700S by Bodnara, it was seemingly revealed to be a PS5 chip.
In any event, this is some stunning PS5 chip photography by Fritz. Our hats are off to their picture-taking skills, and for making these available in the public domain.