It took a minute or two, but AMD is finally ready to acknowledge and even tout its 4700S Desktop Kit, which is essentially a small form factor package for DIY builders. It consists of a tiny motherboard, a custom processor based on AMD's previous generation Zen 2 architecture (the same architecture found in the Xbox Series X/S and PlayStation 5), and memory.
From a marketing standpoint, AMD's pitch is that this DIY kit makes building a PC incredibly easy. Not that assembling a PC is very difficult to begin with, but from AMD's vantage point, the 4700S Desktop Kit simplifies the process even further, in a compact and powerful package.
"Bringing modern PC performance into a simple preconfigured kit. The AMD 4700S Desktop Kit aims to address common pain points consumers see when purchasing a system," AMD explains on the 4700S Desktop Kit product page. 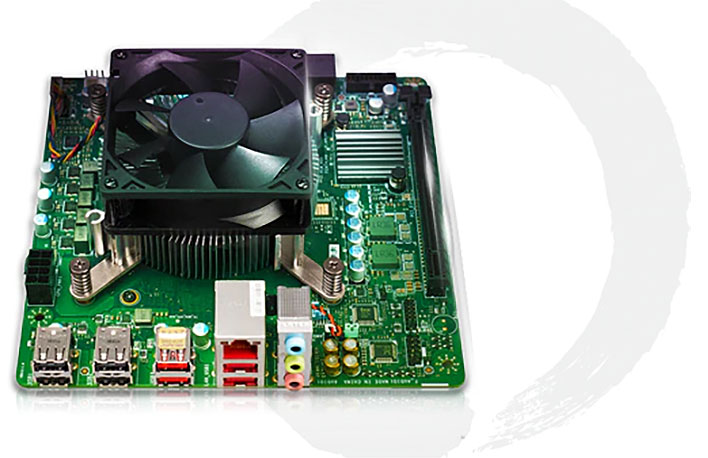 There could be more to this kit than meets the eye. It has shown up in the wild before, including as part of a complete and custom mini-ITX gaming PC at a retail site in China. When it first appeared, the only trace of the kit's official existence on the part of AMD was a driver and support page, which was largely void of an telling details.
The speculation was and remains that this is basically a repurposed APU that was originally intended for the Xbox Series X, maybe because the silicon did not pass muster in some way (probably the graphics portion). AMD lists it as an 8-core processor, but is mum on the rest of the specifics pertaining to the CPU.
Based on previous cameos, we know this is an 8-core/16-thread chip with 12MB of L3 cache and up to a 4GHz boost clock, which is 200MHz higher than the Xbox Series X and 400MHz faster than the Xbox Series S. The RDNA 2 graphics have been disabled on the part, so users who purchase the 4700S Desktop Kit need to add a discrete GPU. 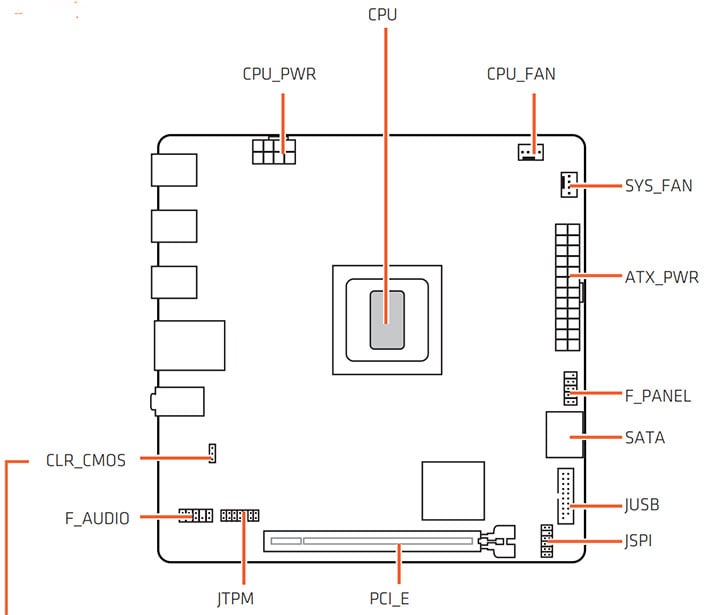 While AMD has not acknowledged how this part came about, a diagram in the user manual reinforces the notion that this was originally destined for Microsoft's latest generation game consoles. It even features 8GB and 16GB GDDR6 memory options, soldered directly to the motherboard (there are no DIMM slots to add any standard memory modules).
This is an intriguing kit for hobbyists. While GPUs are hard to come by at the moment, once the market normalizes, this is one potential pathway to building a compact gaming PC, with similar DNA to the Xbox Series X, but with more oomph.

Well, maybe—the list of compatible graphics cards tops out with the GeForce GTX 1060 for NVIDIA and Radeon Rx 590 for AMD. It uses a standard PCI Express x16 slot, though, so it would be interesting to see if anything would prevent it from playing nice with an RDNA 2 or Ampere graphics card. [Edit: To clarify, while AMD references the PCIe slot as x16 in the product page and user manual, which is accurate, it runs at a x4 Gen 2 signal. In other words, it's a full-length PCIe slot running at x4 link width.]

Other features include a pair of SATA ports, a 1Gbps LAN port, several rear-mounted USB ports plus a couple of USB 3 headers, and onboard audio.
It's not clear when the 4700S Desktop Kit will be more widely available or how much it will cost. Personally, I would be more interested in building a compact PC around Zen 3, but hey, it never hurts to have more options.