It's not just astronauts that undergo extensive training and testing before heading into space, the same goes for objects and electronics, including storage products. So it's understandable that Phison is celebrating that its 8TB M.2 NVMe solid state drive (SSD) is ready for liftoff after the drive earned its NASA Technology Readiness Level 6 (TRL-6) certification.
This is part of a plan by Lonestar Data Holdings to plop a series of data centers on the Moon for off-site archival and edge processing services. The first of those will be sent up as a payload on Intuitive Machines' NOVA-C lander as part of NASA's Commercial Lunary Payload Services (CLPS) program.
To support the mission, Lonestar contracted Skycorp, a space logistics company, to oversee the qualification of the hardware infrastructure that will be built on the lunar surface. And in turn, Skycorp has chosen Phison's 8TB NVMe SSD for what's being described as an "historic first lunar data center mission."
"Space is in transition, and the use of quality commercial components in a space environment is often complicated," said Dennis Wingo, Skycorp CEO. "Phison has demonstrated not only the quality of their products, but their incredible product engineering support for our efforts." 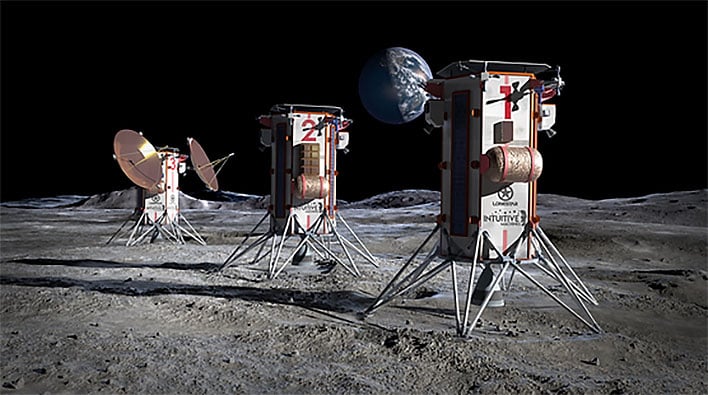 On the surface, it might seem like sending a storage device to space is no big deal. But to operate and survive on the surface of the Moon, there's quite a bit of testing that takes place. The conditions in space are very different than on Earth, and so Phison's 8TB SSD had to prove it could withstand deep cryogenic temperatures and vacuum conditions found on the lunar surface, among other intensive tests. It also had to pass a series of stress and environmental tests simulating the launch on the SpaceX Falcon 9.
"After comprehensive testing and certification process, Phison is thrilled that our SSD technology has passed all the rigorous requirements for Lonestar’s upcoming Moon mission," said K.S. Pua, Phison CEO. "We are excited about playing a vital role on this important mission, and other future ones as we continue our foray into the new frontier. We also want to thank our outstanding customer, Lonestar, and partner, Skycorp, for helping to make this happen."
This isn't exactly new territory for Phison. It partnered with Skycorp a little over a year ago, which has been using elements of the company's 4TB SSD on the International Space Station (ISS), inside a RISC-V computer. The bump to 8TB is described as being a significant upgrade ahead of its trip to the Moon.
The lunar mission is scheduled for the second half of 2023.