Crysis Remastered System Requirements Revealed, But Do They Kill The Long Running Joke? 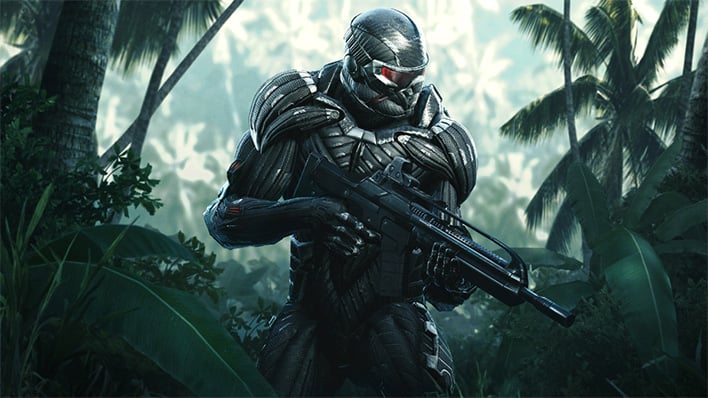 It looks like Crytek is attempting to kill one of the longest running jokes on PC, that being whether or not something can run Crysis. While a bit stale at this point, Crysis Remastered had the potential to revive the gag. But if the newly published minimum and recommended system requirements are anything to go by, the answer is yes, your PC probably can run Crysis Remastered.
It has been more than a decade since Crysis came out, and more than seven years since the latest installment, Crysis 3. Crysis Remastered is exactly as the name implies—a remastered version of the original game with updated graphics and optimizations for modern hardware. And if you own a GeForce GTX 1050 Ti or Radeon RX 470 graphics card (or higher), you should be good to go.
Here's a look at the minimum and recommended requirements, as posted to the game's landing page at the Epic Games Store...
Minimum Requirements

Recommended Requirements
While you will need a relatively modern PC to play Crysis Remastered, it does not look like you will need anything crazy or expensive, like a GeForce RTX 3090 or a Threadripper CPU. That is assuming the game plays well on the minimum and/or recommended set of hardware. We will only know for sure when it actually comes out.
It will also depend on how well the game handles its software-based ray tracing and other visual goodies, upgraded textures and improved art assets, SSDO, SVOGI, state of the art depth fields, new light settings, motion blur, parallax occlusion mapping, and more.
"We are excited to be working on the Crysis franchise again, and to bring all the Crysis fans a remaster worthy of their passion for the game," Crytek CEO Avni Yerli said in April. "It’s an exciting opportunity to be able to bring Crysis back to PCs and current consoles – even Nintendo Switch!—so that a whole new generation of players can experience the thrill of a battle in the Nanosuit."
The version for the Nintendo Switch actually launched already, in July. Crysis Remastered will debut on PC, PlayStation 4, and Xbox One on September 18, 2020.