Remember that ridiculous GALAX GeForce RTX 4090 HOF we told you about a few days ago? To the surprise of absolutely no one, that card has now been crowned the fastest GPU in the world thanks to some benchmarks performed under liquid nitrogen by hardy overclockers.


Elite overclocker OGS from Greece currently holds the #1 world record spots in the synthetic GPUPI benchmark as well as the somewhat-more-representative 3DMark Port Royal. These scores were earned by cranking the GPU clock rate all the way to an astonishing 3.7 GHz, at least for GPUPI. 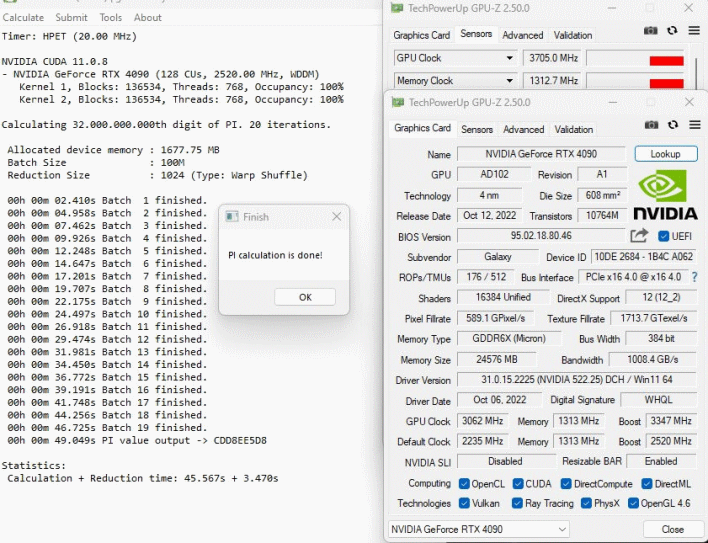 The 3DMark test was done with the same card, but it couldn't quite hit the same frequency in that more-demanding benchmark, coming in at 3570 MHz. That netted OGS a score of 31,096 points in Port Royal, which puts it more than a thousand points ahead of the previous record-holder. 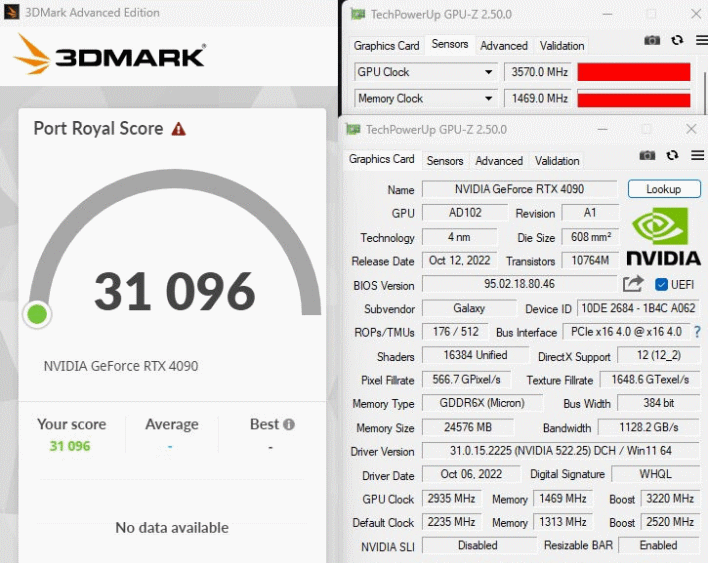 Incredibly, OGS commented that this is just a "first taste" of what the GALAX card is capable of. According to him, "there's still more in the tank," implying that he feels he can push the card to even greater performance. It could be argued that that that's completely unnecessary, but then, since when has competition ever been about "need"?

The traditional competitor to GALAX's range-topping HOF series was EVGA's K|NGP|N family, named after that company's famous in-house overclocker. Now that EVGA isn't selling GPUs anymore, it remains to be seen if anyone will step up to challenge GALAX's dominance in the "because we could" ultra-high-end GPU market.