Orange Pi Zero2 Is A Powerful And Juicy Rival To Raspberry Pi Zero For Just $15.99 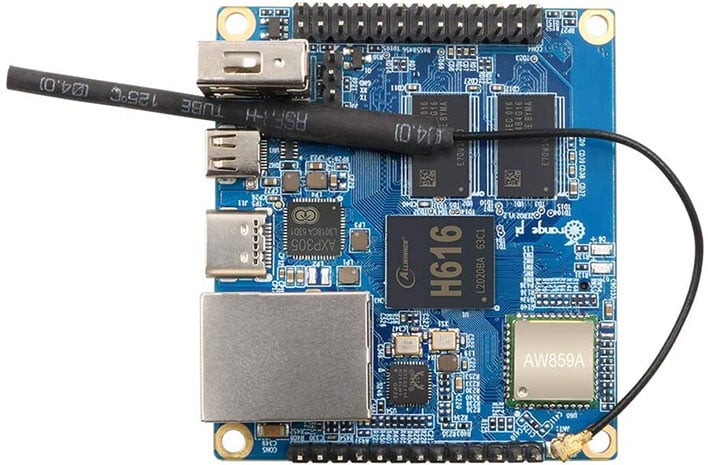 It has been over a year since Shenzhen Xunlong Software announced its enticingly priced Orange Pi Zero2 mini PC, which as you might imagine is intended to compete against the Raspberry Pi Zero. If you have been waiting around for it to arrive, you patience has finally paid off—it is available to order starting at around $16.
Like the Raspberry Pi line of mini PCs, this is a single board computer (SBC) that packs a bunch of hardware and features into a rather minuscule and affordable package. The heart and soul of the Orange Pi Zero2 is the Allwinner H616 SoC, consisting of a quad-core 64-bit Arm Cortex-A53 processor clocked at 1.5GHz, and a Mali G31 MP2 GPU for graphics.

This is supplemented with 256MB, 512MB, or 1GB of DDR3 memory (shared with the GPU), and a microSD card slot for storage (it has 2MB of SPI Flash memory). It can run Android 10 and various Linux distros like Ubuntu and Debian.

Connectivity options include onboard Wi-Fi 5 (802.11ac) and Bluetooth 5.0 on the wireless side, and a 1Gbps Ethernet port, USB 2.0 port, and micro HDMI output for wired connections. There is also a 13-pin header and a 26-pin expansion port, along with a USB-C interface for power (5V2A).
What exactly is this for?

"Orange Pi Zero2 is for anyone who wants to start creating with technology—not just consuming it. It's a simple, fun, useful tool that you can use to start taking control of the world around you," Shenzhen Xunlong Software says.
Like the Raspberry Pi Zero, the use cases are numerous, ranging from game emulation and HD video player, to building a wireless server and various other do-it-yourself projects. The same could be said of the Orange Pi 2G-IoT that released a few years ago, only the Orange Pi Zero2 is more powerful.
The Orange Pi Zero2 is available to pre-order on Amazon (hit the 'Available from these sellers' link on the product page).