For many, Ubuntu is the go-to distribution for a Linux desktop. Sure, there are a host of other distributions, some of which like Linux Mint are themselves based on Ubuntu. Thanks to pre-built systems like Dell's XPS 13 Developer Edition, Ubuntu has a lot of mindshare. That hasn't been the case on single-board computers like the Raspberry Pi family, though. Back in April, Ubuntu's Server distribution came to the Raspberry Pi for the first time. Now with Ubuntu 20.10 codenamed Groovy Gorilla, Ubuntu desktop has come to the Pi.

Desktop support is limited to the Raspberry Pi 4, and is available only in 64-bit form. Considering how little RAM the Raspberry Pi family had up until the last iteration, that only makes sense. While Ubuntu doesn't need a ton of memory to be usable, the Raspberry Pi 3's 1 GB is insufficient. In fact, Canonical says on its download page that this image is only supported with 4 or 8 GB of RAM. The Raspberry Pi 4 also has a much more capable BCM2711 SoC with a quad-core Cortex-A72 CPU component. 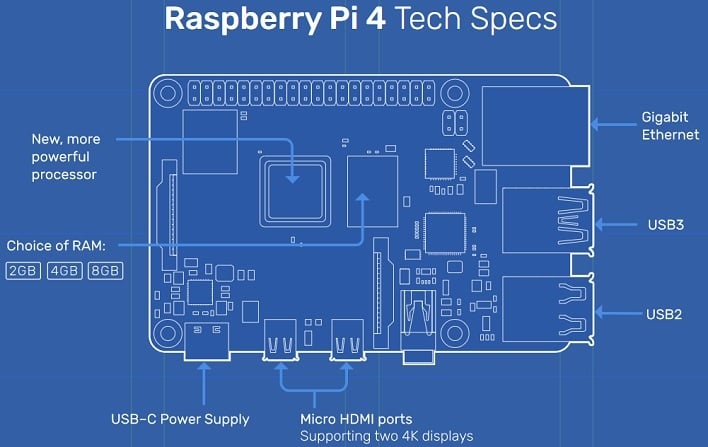 The Ubuntu 20.10 Desktop image for Raspberry Pi 4 is a relatively sane 1.6 GB download that expands to 8 GB when uncompressed. Unlike the x86-64 distribution that comes as an ISO installer that must be either burned to a DVD-R or flashed to a thumb drive, this is a bootable desktop image. As the resident single-board computer tinkerer, I had to give it a quick once-over on a Raspberry Pi 4 with 4 GB of memory. We flashed it to a spare 32 GB card using balenaEtcher, slotted the card into the Pi 4 (which makes a great retro system, for those who are interested) and fired it up.

The setup process is quite abbreviated. We only had to pick our time zone, set up a user account, and choose our Wi-Fi network and then we were at the Ubuntu desktop with that "groovy" gorilla wallpaper staring at us. A bit of useful software is pre-installed including LibreOffice and Mozilla Firefox. As always, Ubuntu's software control panel can download and install anything users might want. 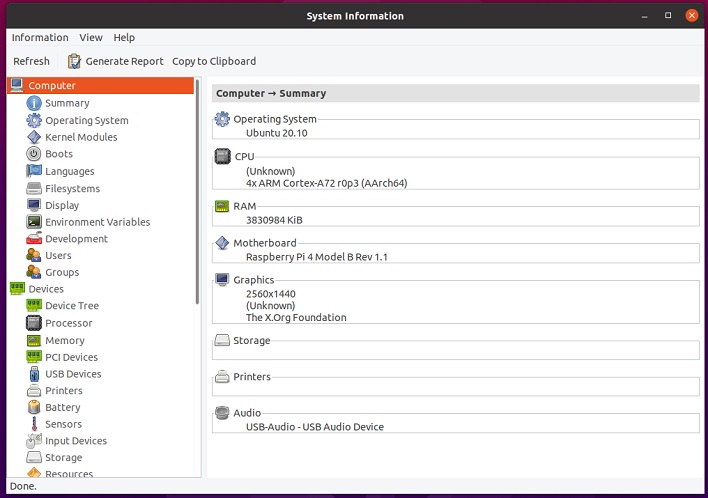 The Pi 4 did feel a little sluggish at the start, but it's early days for Ubuntu Desktop on the Raspberry Pi, so performance may improve with driver updates and future software updates. Performance aside, it's a familiar Gnome shell with Ubuntu's sprinkling of special software sauce. At least some of that sluggishness might be related to booting from a micro SD card, which is slower than even a SATA drive in a USB 3.0 enclosure.

Ubuntu's setup guide for the Raspberry Pi 4 has instructions for setting up the OS, a startup walkthrough, booting from USB devices, and much more. Adventurous users should hit Ubuntu's download page, grab the installer image for themselves, and give it a go.