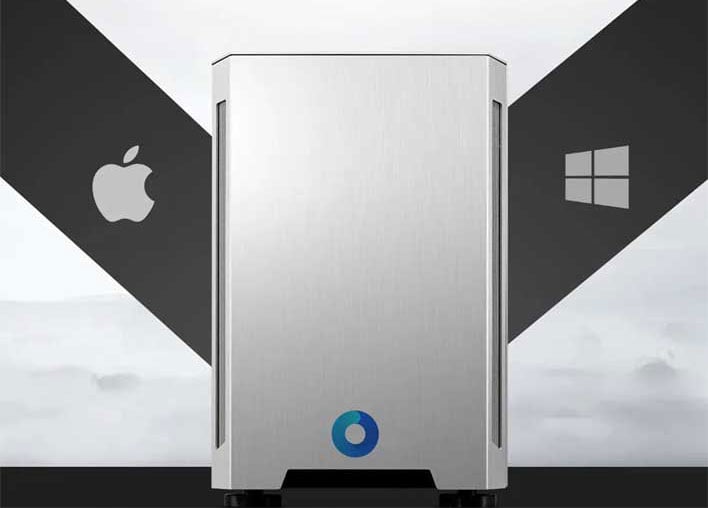 There's a company selling a Mac clone, or "Hackintosh" as they are sometimes called, that is operating under the name OpenCore Computer. The company has no affiliation with the OpenCore Bootloader, however, if you've ever worked with that piece of software. The dual-boot rig OpenCore Computer is building is called the Velociraptor. The Velociraptor computer essentially is in violation of Apple's end-user licensing agreement for macOS, however, because it's running macOS on non-Apple hardware. There is no issue with the machine running Windows of course, because Redmond just wants to spread that love anywhere it can.

The computer maker claims on its website to make Mac Pro-style workstations that are more accessible to users wanting to run macOS. The company refers to its machines as "zero-compromise Hackintoshes." The Velociraptor is configurable with up to a 16-core CPU and 64GB, of RAM along with a Vega-based GPU. The starting price is $2,199.

OpenCore Computers says that it will launch higher-performance versions in the future offering up to a 64-core CPU and 256GB of RAM. Apple will undoubtedly come down hard on the company for building Mac clones. OpenCore Computing isn't the first company to try and defy Apple by selling computers running macOS. Psystar did the same thing years ago. Apple eventually won a permanent injunction against Psystar, forcing it to stop building hardware in 2011. 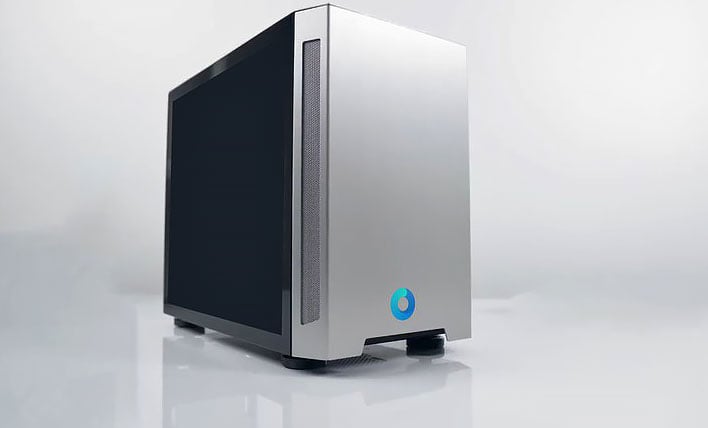 In the Psystar case, the legal team tired to go all the way to the Supreme Court, but the court refused to hear the case. Regardless, that case certainly sets precedence against OpenCore on the legal side of the equation. Another tick mark against OpenCore Computer is the company name itself. It seems to have appropriated the name from the OpenCore Bootloader, as mentioned before.

The team behind the OpenCore Bootloader has come out soundly against the new computer company, going so far as to call the making of the computers "some illicit criminal scam" and noting that it is not affiliated with OpenCore Computer in any way. OpenCore Computing is only accepting payment in Bitcoin, and is offering escrow payments through "Bitrated" as a way to entice buyers wary of spending money with an unknown company. Regardless, this is definitely a case of buyer beware.