If you're not already rocking a 5G handset, your list of choices is about to get a little bit bigger. Just as importantly, your options for a presumably affordable 5G smartphone is on the verge of growing by one. Or by OnePlus, as the case might be—OnePlus revealed today that its upcoming Nord N20 5G handset is launching exclusively in North America on Thursday, April 28.
There's no mention of how much it will cost, but OnePlus is pitching the Nord N20 5G as bringing "premium features to the perfect entry-level device, making the power of 5G more accessible than ever." All we can say with relative certainty is that it will start at less than $899, as that's how much the higher end OnePlus 10 Pro 5G costs. As a better point of reference, the OnePlus Nord N10 5G launched at $299.

It seems OnePlus wants to break the mold from what buyers expect out of a budget smartphone. As such, in addition to 5G connectivity, the Nord N20 5G features a 6.43-inch AMOLED display (FHD+). OnePlus isn't advertising the refresh rate, so we anticipate it will be 60Hz instead of 120Hz. However, it will be equipped with an in-display fingerprint reader and a "thinner ID design," the company says. 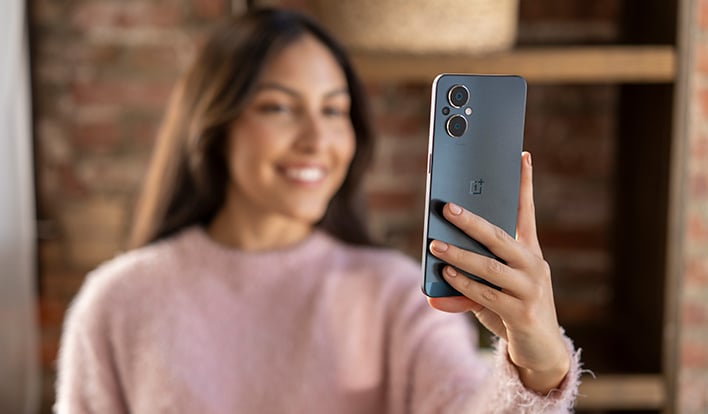 Underneath the hood is a Qualcomm Snapdragon 695 processor. Announced last October, the Snapdragon 695 wields an 8-core Kryo 660 CPU consisting of two Arm Cortex-A77 cores clocked at up to 2.2GHz and six Arm Cortex-A55 cores clocked at 1.7GHz, along with an Adreno 619 GPU.
The Nord N20 5G also boasts 6GB of RAM and 128GB of built-in storage (expandable up to 512GB). As for the camera arrangement, OnePlus finally confirmed the Nord N20 5G will have a 64-megapixel main shooter, plus a monochrome lens and a macro lens of some sort.
Rounding out the list of confirmed features is a 4,500 mAh batter with 33W fast charging support (OnePlus says it takes just half an hour to provide user with a full day's worth of power), and OxygenOS based on Android 11.
OnePlus has tapped T-Mobile and its Metro subsidiary to carry the phone exclusively. T-Mobile, for what's worth, recently trounced Verizon and AT&T in Ookla's latest 5G speed test report.