Earlier this week, we learned a bit more about OnePlus' upcoming Nord mid-range smartphone. Specifically, we got to see a shot of the retail box, along with a quick glimpse of the smartphone from the rear revealing an elongated camera pod.

Today, well respected gadget leaker Evan Blass has provided renders of the OnePlus Nord from both the front and the back, which pretty much confirms the entire design of the smartphone. While the renders show the Nord enclosed in a clear case, we can still make out the most important external features of the smartphone.

For starters, up front we can see dual selfie cameras, which is a rarity these days in the Android realm. Previous rumors have suggested that there will be both 32MP and 8MP sensors up front. Moving along to the sides, on the left we find the volume rocker, while on the right we see the power button and alert slider. 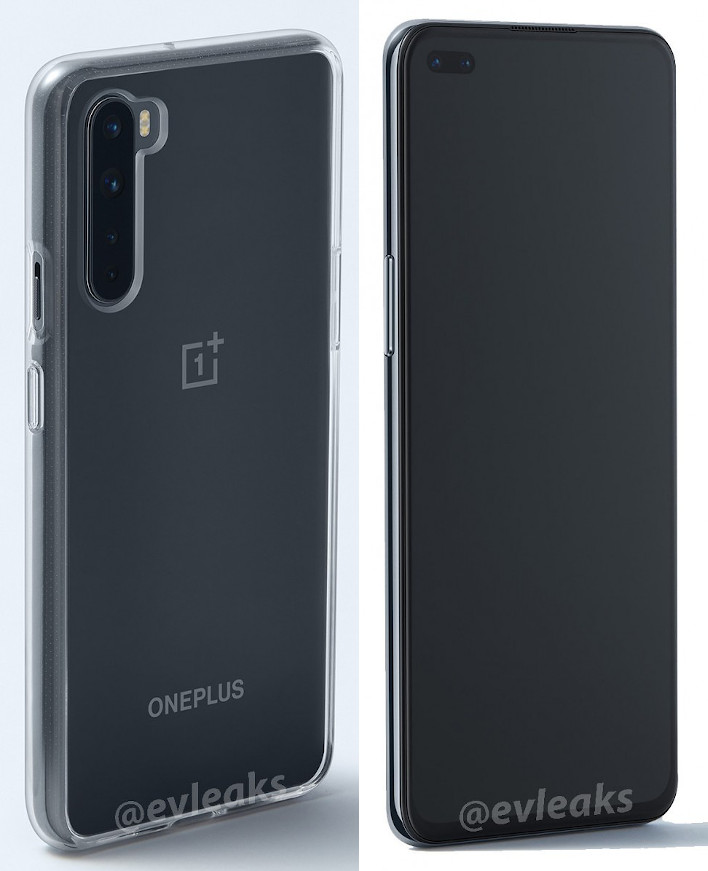 Flipping over to the back of the smartphone reveals the vertically-aligned, four-camera array that is complemented by a dual LED flash. As we previously reported, there will be a 48MP primary camera sensor along with 8MP wide-angle, 5MP macro, and 2MP portrait sensors.

OnePlus has already confirmed that the Nord will be powered by the Snapdragon 765G SoC, which is good news to hear for those that want an "affordable" 5G smartphone. The company has also revealed that the smartphone will be priced below $500, which is quite a bit less than the company's OnePlus 8 family of smartphones.

OnePlus says that it will officially unveil the Nord on July 21st via an augmented reality event that can be viewed on both Android- and iOS-based devices.