As we stated in our OnePlus Nord review, the handset is an excellent mid-range 5G Android phone with a beautiful screen, versatile cameras, and strong performance for the money. Will the eventual Nord 2 follow in its predecessor's footsteps and offer the same kind of value proposition? We'll find out very soon—it's apparently launching in just a few months, and without a Qualcomm chip in tow.

To be clear, there is no official release date for the Nord 2. The name of the phone does not even officially exist, either. However, what are claimed to be "reliable insider sources" have indicated to AndroidCentral that the Nord's successor for 2021 will indeed be called the Nord 2, and that it will launch sometime in the second quarter (which amounts to an April-June time frame).
That's all interesting, but the juiciest tidbit relates to the chipset. According to those same sources, OnePlus is eschewing a Qualcomm Snapdragon system-on-chip (SoC) and tapping MediaTek's newly minted Dimensity 1200 silicon instead. 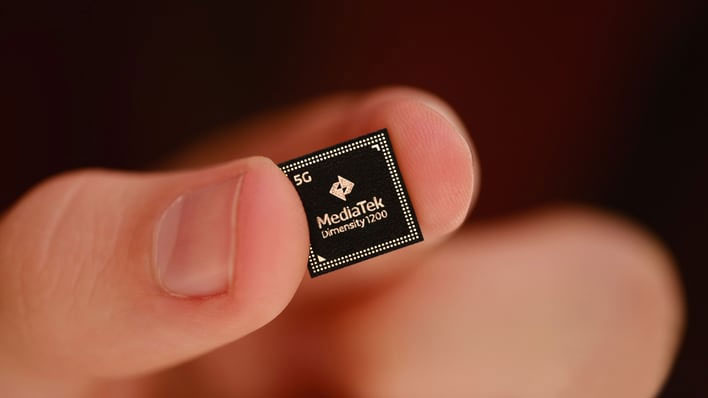 This is a big change, and perhaps a gamble as well. Qualcomm has pretty much dominated the smartphone scene with its Snapdragon processors, with options spanning low-end to flagship solutions. Nevertheless, Qualcomm is not the only player in the smartphone chipset space. What about that Dimensity 1200, though?
MediaTek unveiled the chip in January of this year, pitching it as a flagship slice of silicon to replace the Dimensity 1000+ SoC. The newer part is built on a 6-nanometer manufacturing process and sports four Arm Cortex-A78 cores, one of which is designated as a "prime" core clocked at 3GHz. The other three cores run at 2.6GHz.
It also features four Cortex-A55 cores clocked at 2GHz. These are more power efficient cores to handle mundane and less strenuous tasks, in an effort to extend battery life. And for graphics, the Dimensity 1200 sports a Mali-G77 GPU with support for four displays at up to a 168Hz refresh rate.
You can bet we'll be pushing to get a Nord 2 in for review when it becomes available, to see for ourselves how it compares to the current-generation Nord and other smartphones. Stay tuned.