In the Android smartphone world, Qualcomm has an entire army of SoCs blanketing the entry-level, mid-range, premium, and flagship markets. The company just yesterday tried filling any perceivable gap with the "flagship" Snapdragon 870 SoC. But rivals like MediaTek aren't mere pushovers in the smartphone segment, as the company has announced two new flagship SoCs for its OEM partners.

At the very top of the stack is the Dimensity 1200, which will take the place of MediaTek's current flagship Dimensity 1000+ SoC. The chip is built on a 6nm process node, which slots in neatly between the mature 7nm and bleeding edge 5nm process nodes. The Dimensity 1200 features a CPU with four Arm Cortex-A78 cores, one of which is a "prime" core clock at 3.0GHz. The other three Cortex-A78 cores are clocked a bit lower at 2.6GHz. As is typically the case with most Android SoC designs these days, there are also four Cortex-A55 efficiency cores, which are clocked at 2GHz in this application. 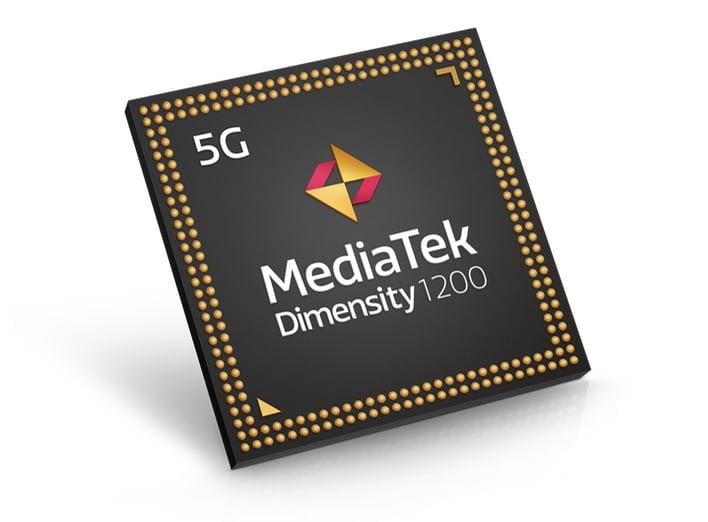 Both the Dimensity 1200 and 1100 feature a Mali-G77 GPU along with a third-generation APU which is said to provide a 12.5 percent uplift in performance over the APU in the Dimensity 1000+. Interestingly, neither of the new Dimensity SoCs support LPDDR5 memory, and instead support LPDDR4x memory at 2133MHz. 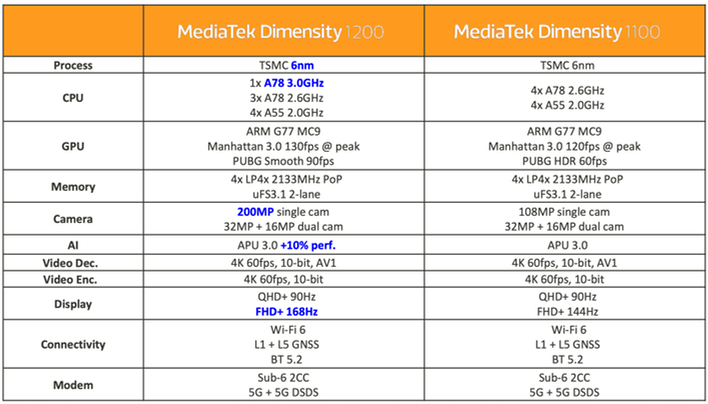 As for wireless connectivity, the Dimensity 1200/1100 of course support Wi-Fi 6 and Bluetooth 5.2 standards, although there's no word on Wi-Fi 6E support. The integrated 5G modem still only support sub-6GHz bands, and still has not added support for mmWave. The omission of mmWave is not really a dealbreaker at this point given the scarcity of coverage and limited range/penetration of the wireless signals. Peak downlink speeds, however, have risen ever so slightly from 4600Mbps on the Dimensity 1000+ to 4700Mbps on the Dimensity 1200/1100. 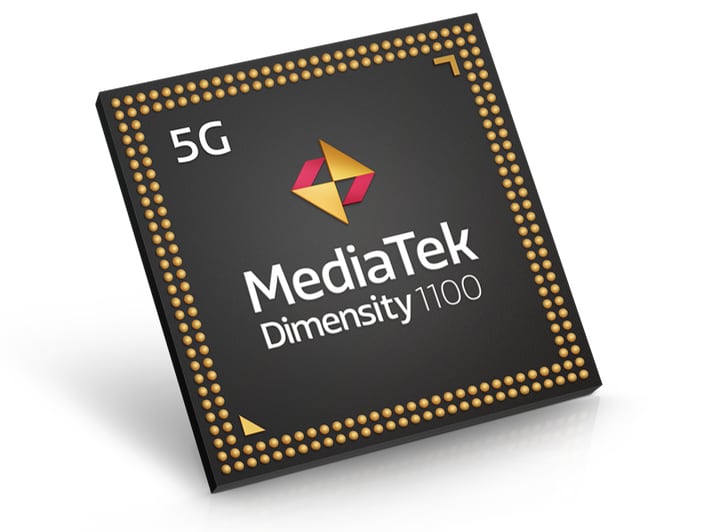 "MediaTek continues to expand its 5G portfolio with highly integrated solutions for a range of devices from the high-end to the mid-tier,” said JC Hsu, Corporate VP and GM of MediaTek’s Wireless Communications Business Unit. “Our new Dimensity 1200 stands out with its impressive 200MP camera support and advanced AI capabilities, in addition to its innovative connectivity, display, audio and gaming enhancements.”

MediaTek says that the first smartphones using the Dimensity 1200 and 1100 will arrive during the first half of 2021 from OEMs like Vivo, OPPO, and Xiaomi.