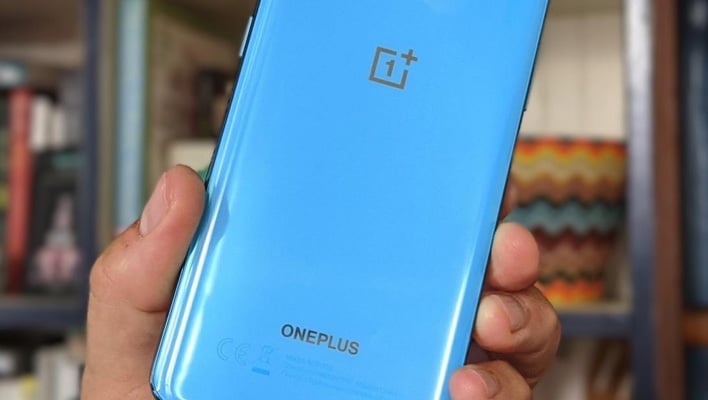 Smartphone makers have been successful in raising the cost of flagship handsets, with many models commanding $1,000 or more. But what about the other end of the spectrum? They have been less aggressive in pursuing affordable models, though OnePlus might be getting ready to drop the gauntlet with a $200-ish smartphone that rocks a capacious 6,000 mAh battery. Wouldn't that be nifty?
Nothing has been announced, teased, or hinted...at least by OnePlus, anyway. However, an "insider source" with a positive track record tipped the folks at Android Central that OnePlus is building an entry-level smartphone codenamed Clover. Apparently this is the same source that accurately revealed some details about the OnePlus Nord to the site, before that phone came out.
OnePlus appears to be trying to extend its reach into more affordable territory. In addition to cranking out high-end handsets, like the OnePlus 8 Pro, the OnePlus Nord occupied the sub-$500 space as a mid-range phone powered by a Qualcomm Snapdragon 765G processor. Likewise, Clover will lower the cost of entry even further, with a Snapdragon 460 chip underneath the hood.
Clover is not likely the final name, by the way. In any event, it is said to wield a 6.52-inch display with a 1560x720 resolution. It will be of the IPS variety, and not OLED, as that is a near-impossible ask at the $200 price point.
The entry-level handset will also feature 4GB of RAM and 64GB of onboard storage, with a microSD card slot for those who want to add more.
For taking photos, Clover will bring to the table a triple rear camera arrangement with a 13-megapixel main sensor (f/2.2 aperture), and a pair of 2-megapixel sensors (f/2.2 aperture). There is no mention of a front camera, or whether the presence of one might result in a punch-hole design or display notch. However, the source did say there will be a fingerprint reader on the back of the phone.
This looks to be a reasonable assortment of hardware and features for the money, especially considering the massive battery. And best of all, Clover will be more widely available than the Nord, including sales in the US.